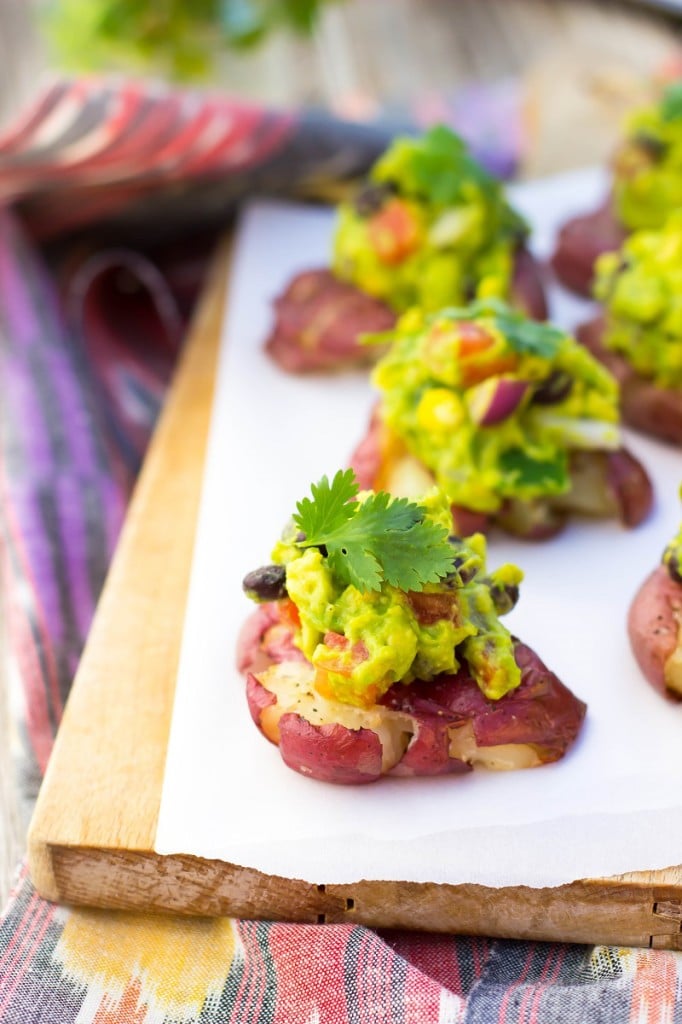 Potatoes and guacamole, guacamole and potatoes, it doesn’t get much better than that!  Or so I thought, until I made these Crispy Smashed Potatoes with Loaded Guacamole.  Which is basically the same thing as potatoes and guacamole, except with a little more crispiness and a lot more loadedness.  Are you convinced yet?!

I know that smashed potatoes have been a thing for a while now, but I think I always just thought they would be too much work to make without much of a pay off.  But, it turns out I was wrong on both of those counts. 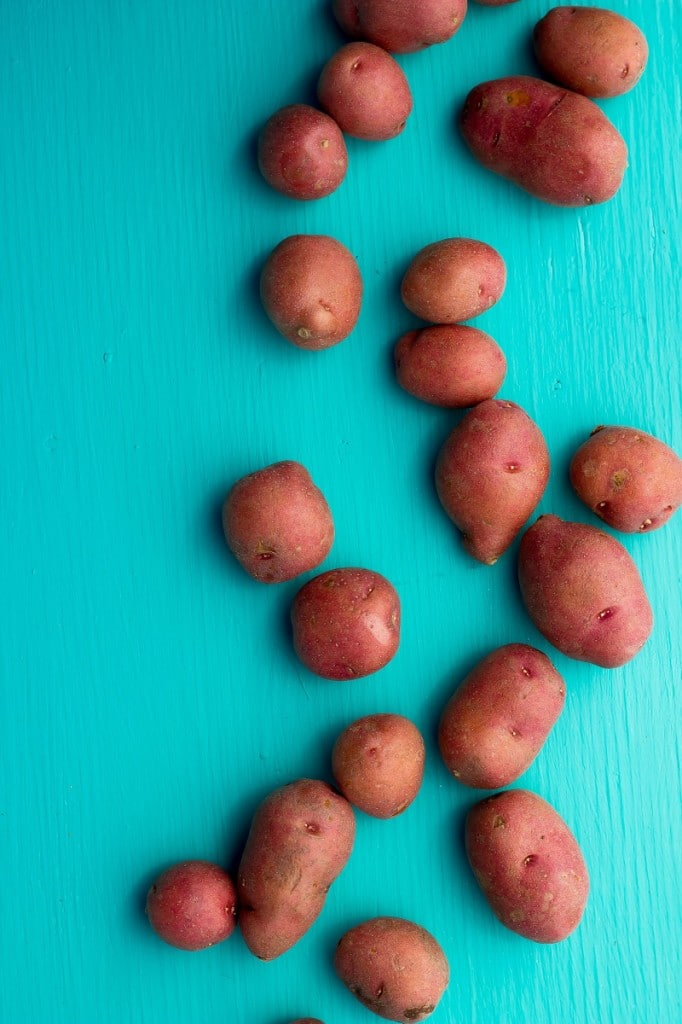 The first and last part of the smashed potato process takes hardly any effort at all, boiling potatoes and then roasting them, and then the middle part that takes a very small amount of effort, the smashing of the potatoes, is the most fun part of all!  I would say that you should channel all your anger and aggression and smash the crap out of these baby potatoes, but I would never condone angry cooking.  So, instead, think about all those muscles you want to build up and smash these little babies down!  And, if you are immature like me, you will really enjoy the sound that they make 🙂 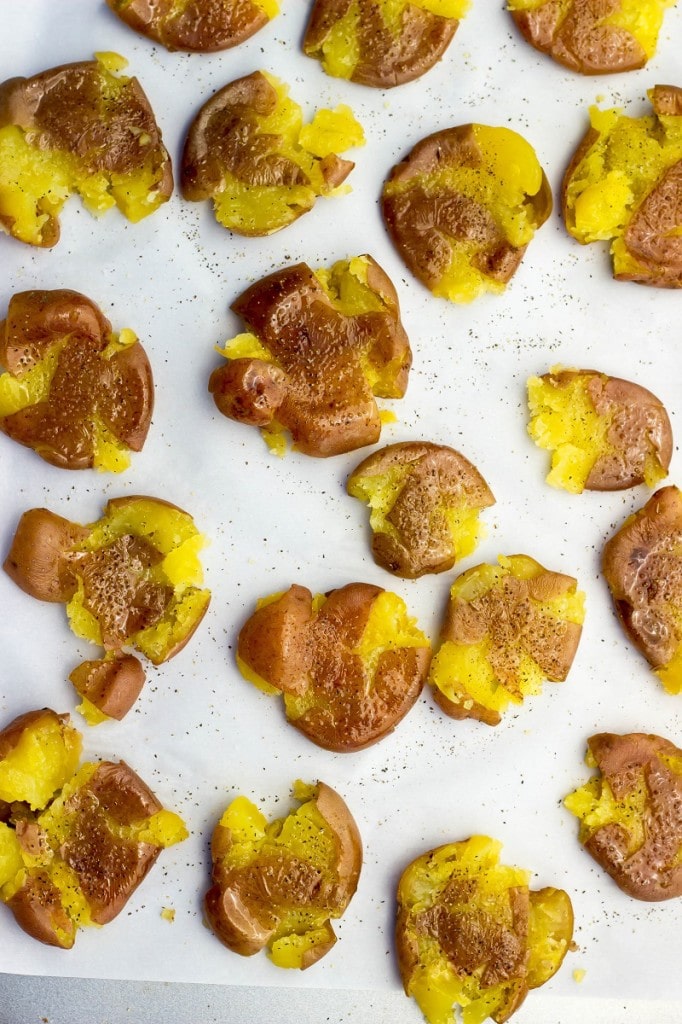 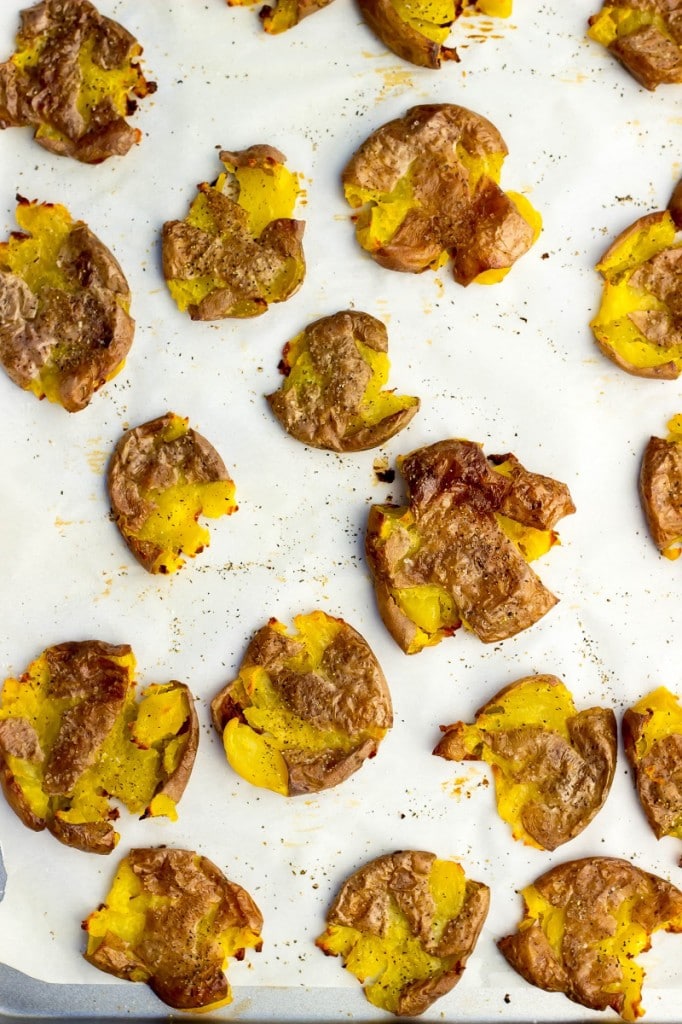 Once smashed and crisped, there is really no other option than piling them high with loaded guacamole.  As much as I appreciate an easy, simple guacamole recipe, there is something to be said about a chunky guacamole that has all my favorite veggies and beans packed inside.

One of the biggest grocery store upsets is when you want guacamole and you want it now, but alas there are only either rock hard avocados or mushy brown ones to choose from.  Thankfully that was not the case when I made this recipe and somehow I managed to get the biggest, creamiest avocado I’ve ever used before.  The avocado gods must have been smiling down on me that day. 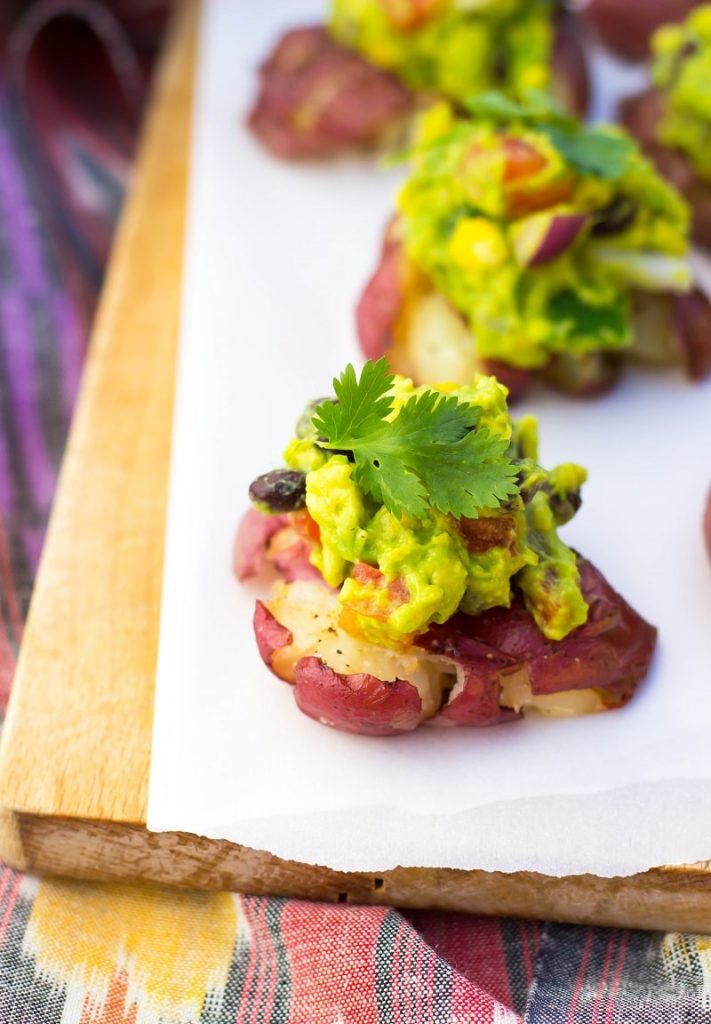 These Crispy Smashed Potatoes with Loaded Guacamole will be a great appetizer for any Cinco De Mayo party, or just a regular Tuesday night snack 🙂 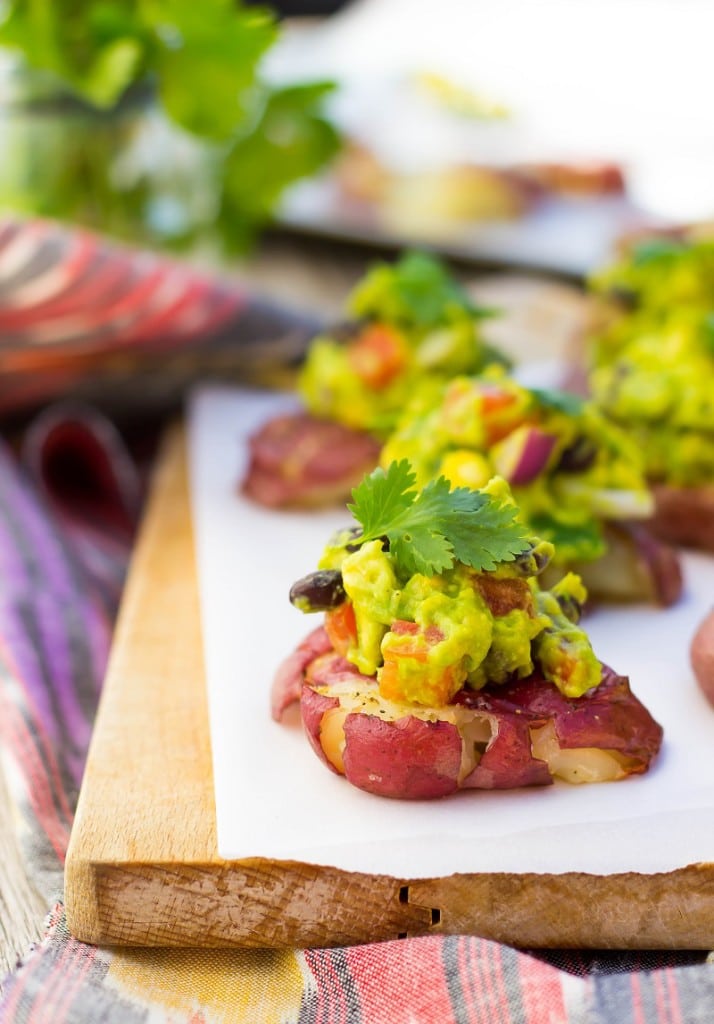 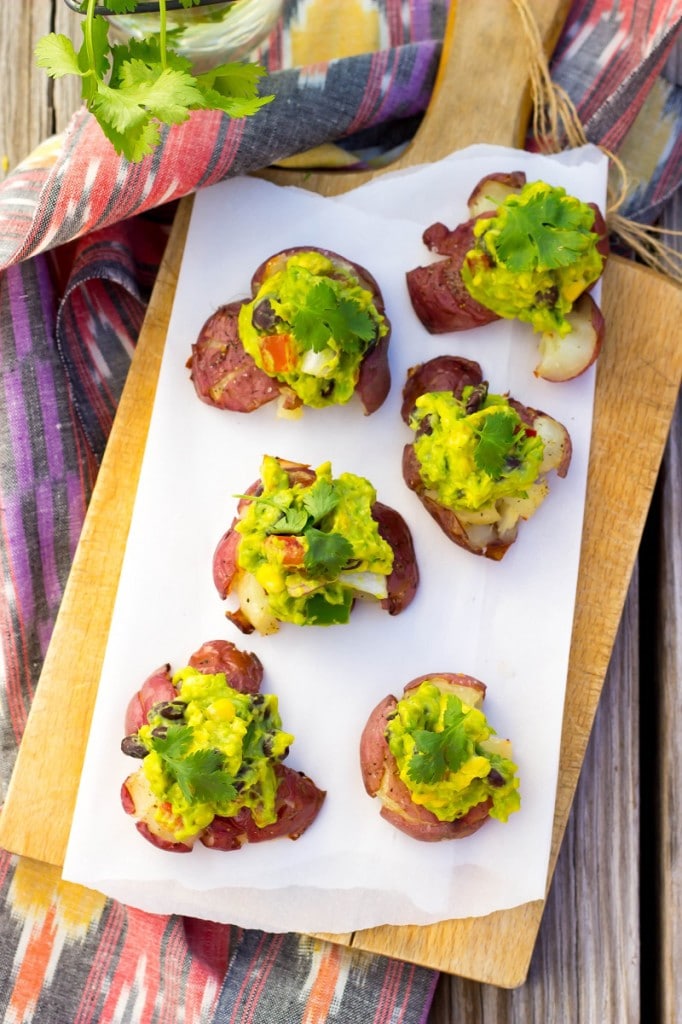 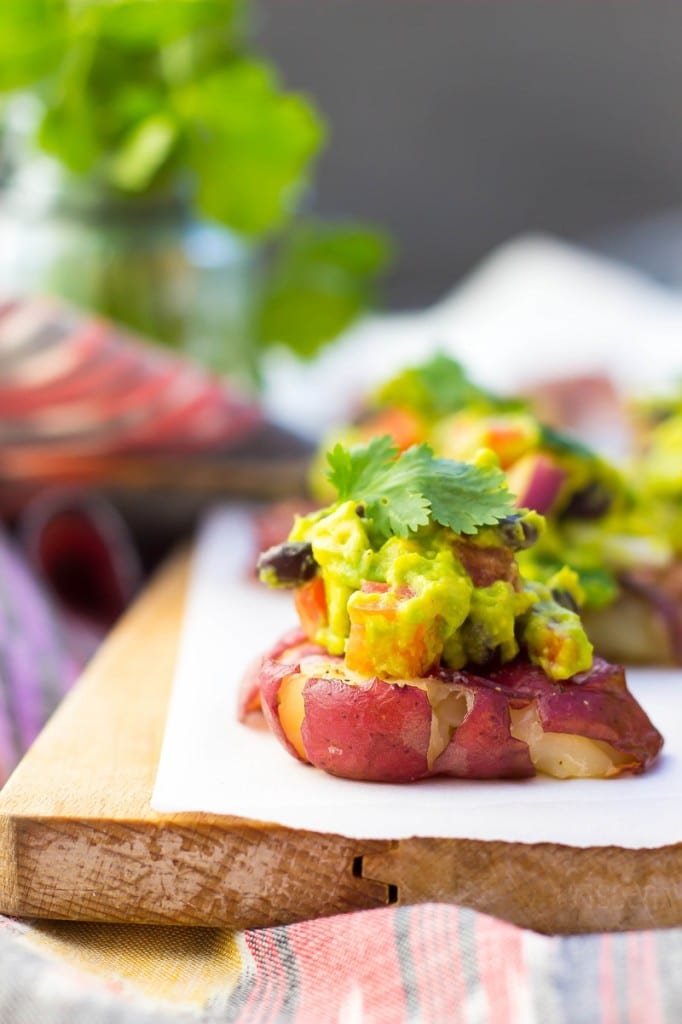 If you love these, you will also love my Roasted Potato Cups with Loaded Guacamole 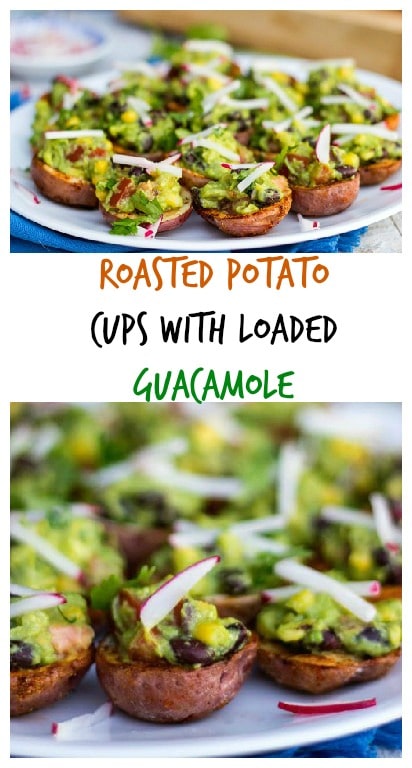