It’s December!  I guess the official start of winter isn’t until the 21st, but I feel like once we hit December it means winter.  It’s funny though because I feel like here in the desert it is finally looking like fall.  We don’t have many trees that actually turn color, but the ones that do are all yellow and orange right now and I’m loving it.

While I still love my salads, these days I’m eating heartier salads and lots of warm soups.  I’ve also been watching way too much Real Housewives lately while cuddling on the couch with the baby, cat and husband.  While I’ve been feeling pretty lazy I’m definitely not complaining!   I hope everyone’s December is getting off to a great start and that you are staying warming and eating good food 🙂

Brussels Sprouts Risotto from Eats Well With Others

Prep Ahead Tip: Risotto takes a bit of time given all the stirring, which is why it’s better served as a weekend meal. To save time, you could always prepare the brussels sprouts ahead of time.

Vegan/Gluten-free Substitutions: I love the smoky cheese in this, but as a vegan substitute use your favorite vegan cheese along with a dash of smoked paprika. The recipe is already gluten free! 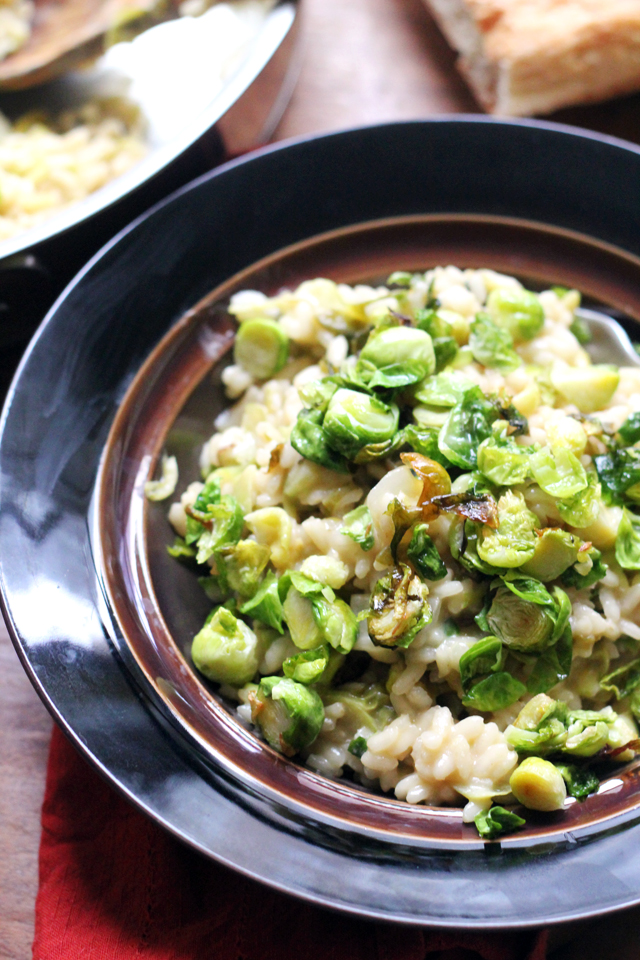 Prep Ahead Tip: Peppers and onions can be chopped a few days ahead of time. Recipe can also be made ahead of time and heated on the stovetop or in the oven before eating. 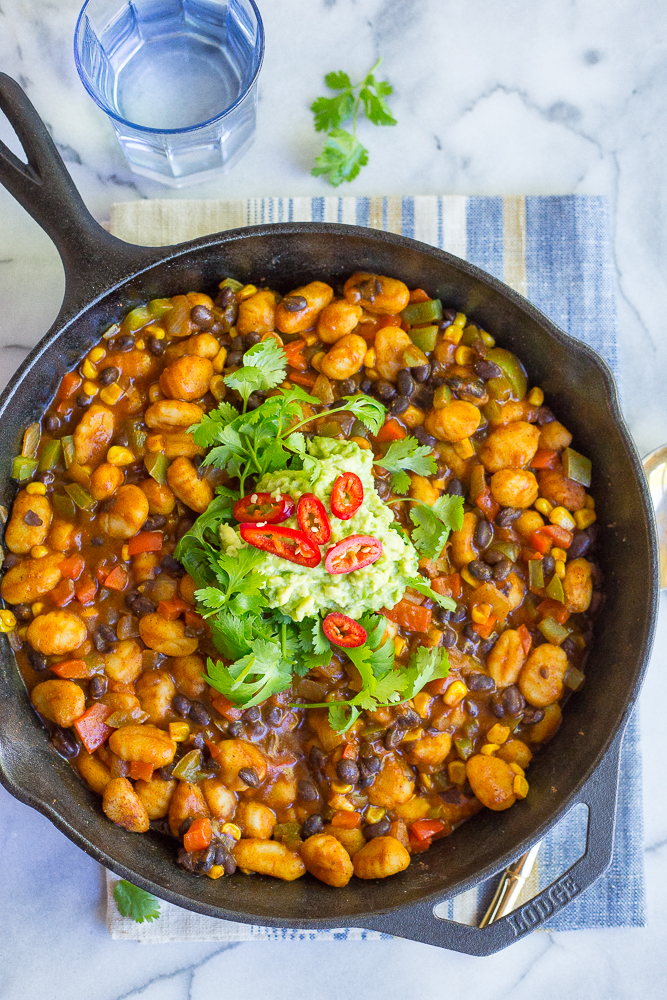 Prep Ahead Tip: Prepare the cranberry vinaigrette up to 5 days in advance, and roast the pecans 1 day ahead of time. 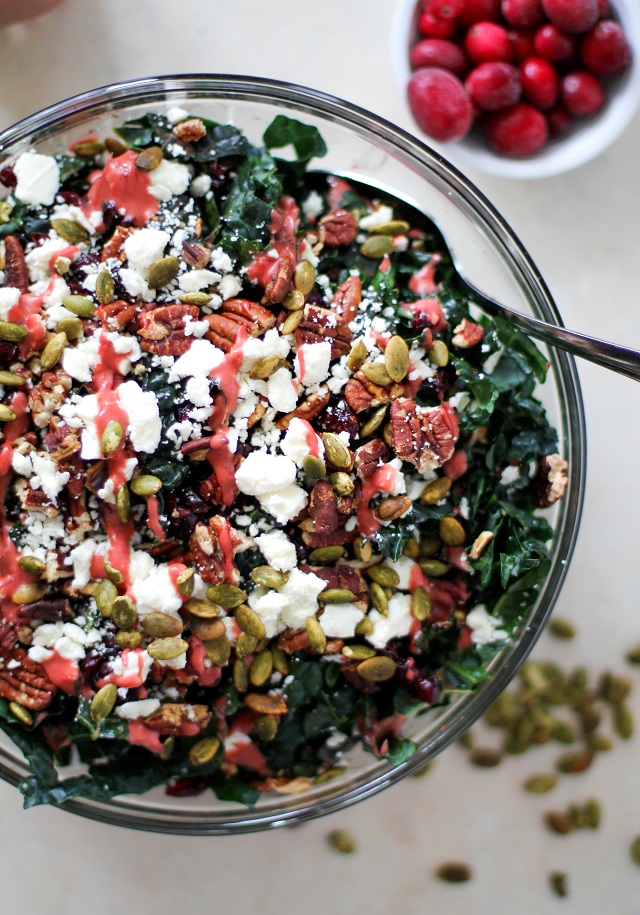 Lemony Lentil and Greens Soup from Making Thyme for Health

Prep Ahead Tip: This recipe comes together in just 30 minutes but you can cut the chard and shallot ahead of time, if desired. 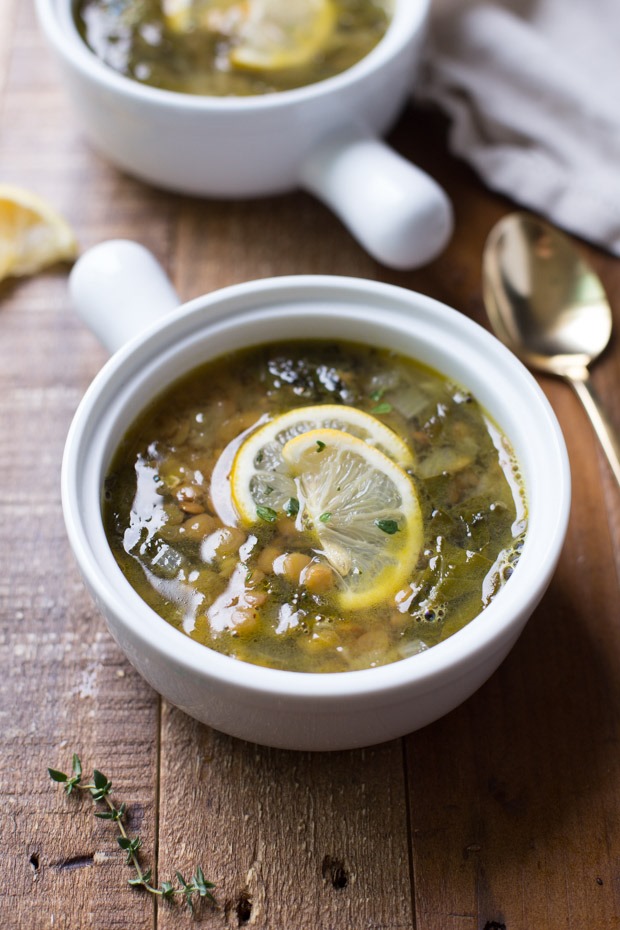 Prep Ahead Tip: Squash can be baked before and re-heated the next day.

Vegan/Gluten-free Substitutions: Vegan and gluten-free per recipe instructions (check that tempeh is gluten-free and sub tamari for soy sauce). 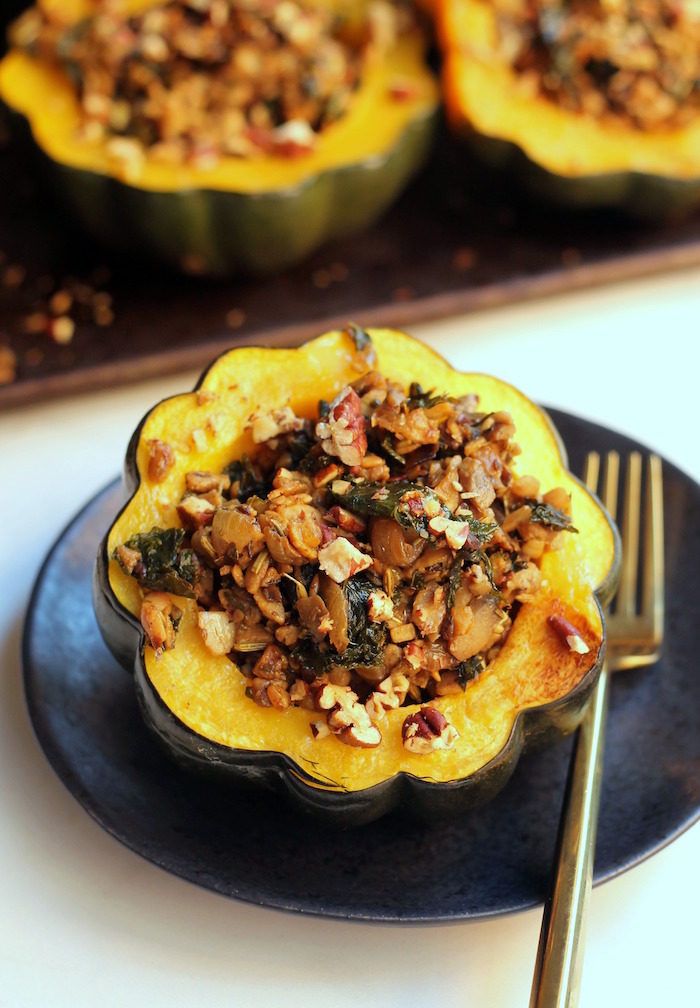 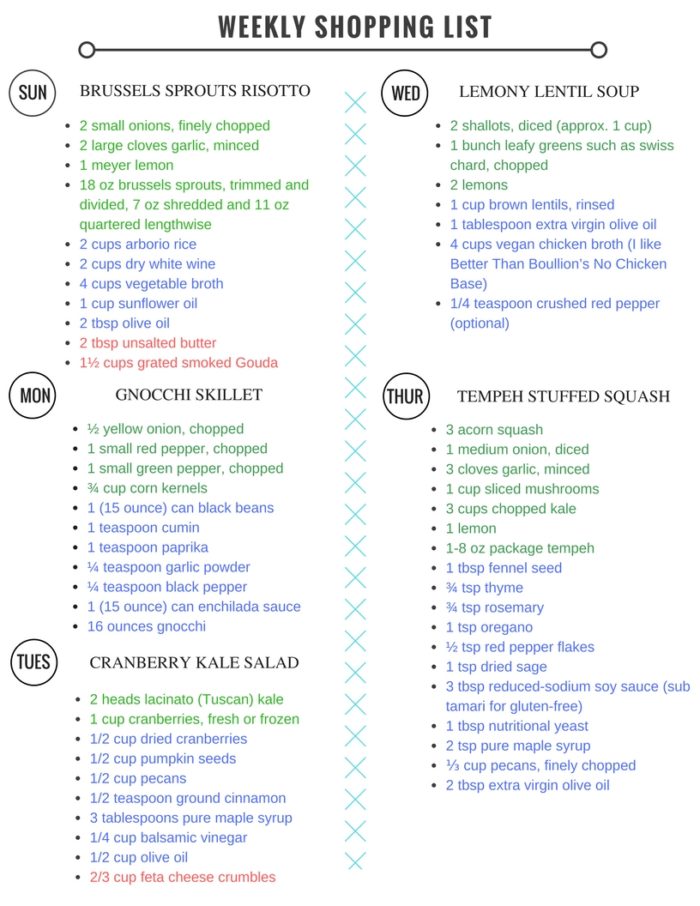