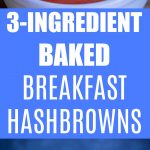 These delicious Baked Breakfast Hash Browns are healthy and easy to make!  You only need 3 ingredients! 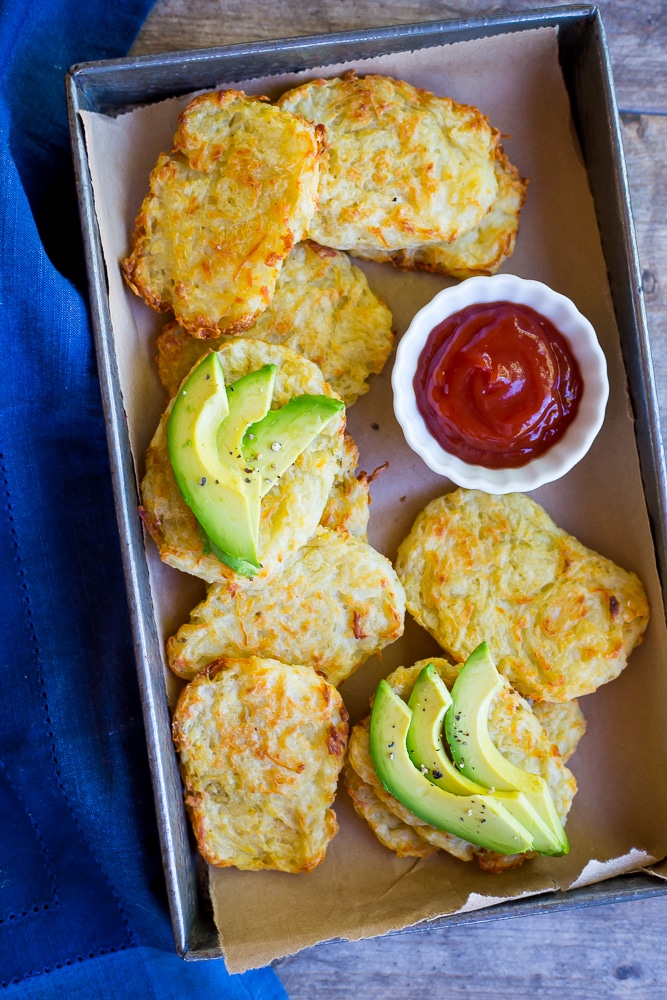 I’ve never been one to eat at fast food restaurants very much, especially not burger ones, but McDonald’s hash browns have always been a weakness of mine.  I’m a little embarrassed to admit that, but I’m guessing I’m not the only one who feels that way, or at least I hope not!  They are salty, crispy and potato-y, which happen to be 3 of my favorite traits when it comes to food.

I don’t eat at McDonald’s these days but I still need to get my hash brown fix, so I decided to make my own and they are so good!  If you liked my 4-Ingredient Zucchini Tater Tots then you are going to love these too!  And, if you don’t count the olive oil or salt as ingredients there is really only 1 main ingredient in these hash browns!  But, I highly recommend topping them with avocado slices.  Avocado hash browns are a close rival to avocado toast!

There are a few steps to making these hash browns but they aren’t hard at all.  You boil the potatoes until you can stick a fork in them but there is some give in the middle.  You will be grating them so you want to be able to hold onto them without them falling apart.  Next, you gotta be patient and wait for them to cool down until you can handle them.  I’ve made these a few times and I am really bad at being patient and have gotten a few burned finger on more than one occasion. 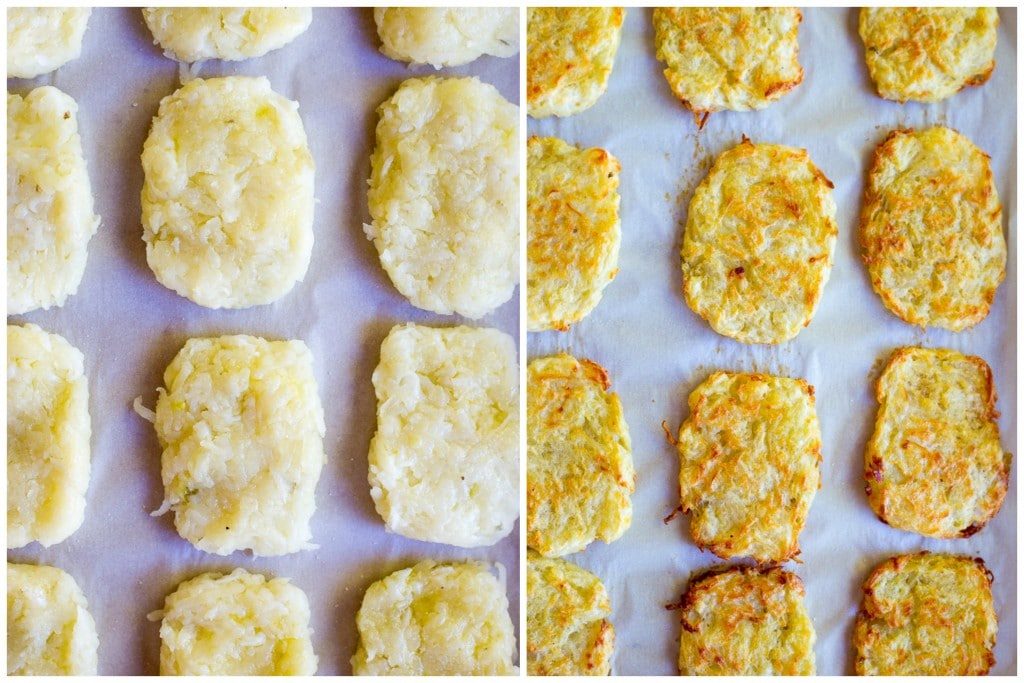 After they are cooled you can peel them, grate them, toss them with some salt and form them into hash browns.  Bake until brown and crispy and you have some breakfast hash browns that are 10 times better than the fast food ones 🙂

-Hash browns can be made ahead of time and frozen for up to a month. Make sure to freeze them before baking them and place parchment paper between each hash brown so that they don’t stick together.
-You can also adjust the recipe amounts if you want to make a huge batch of these or if you just want to make a few. 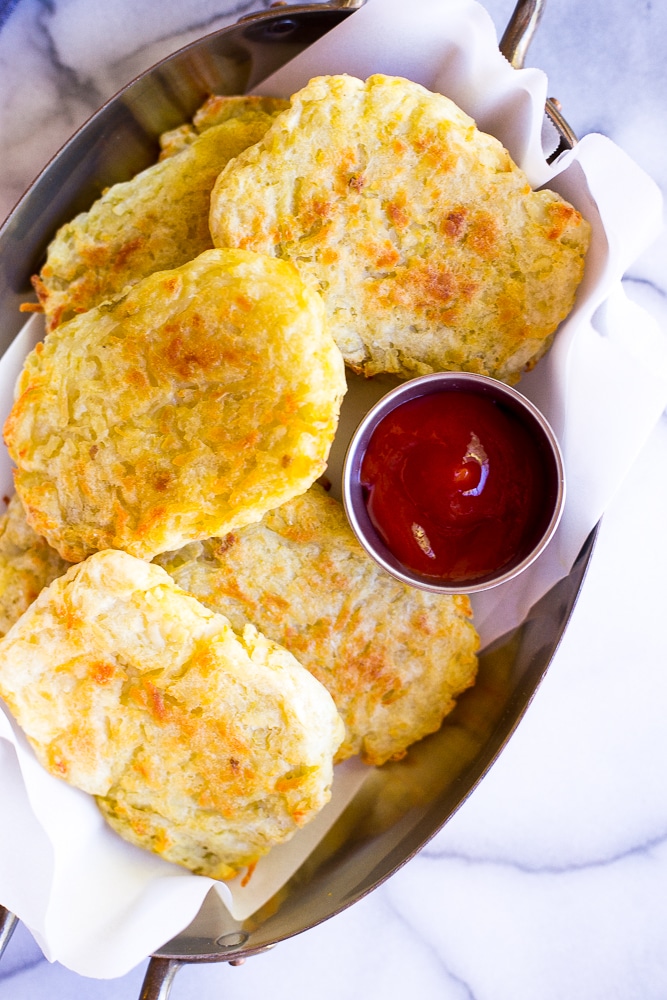 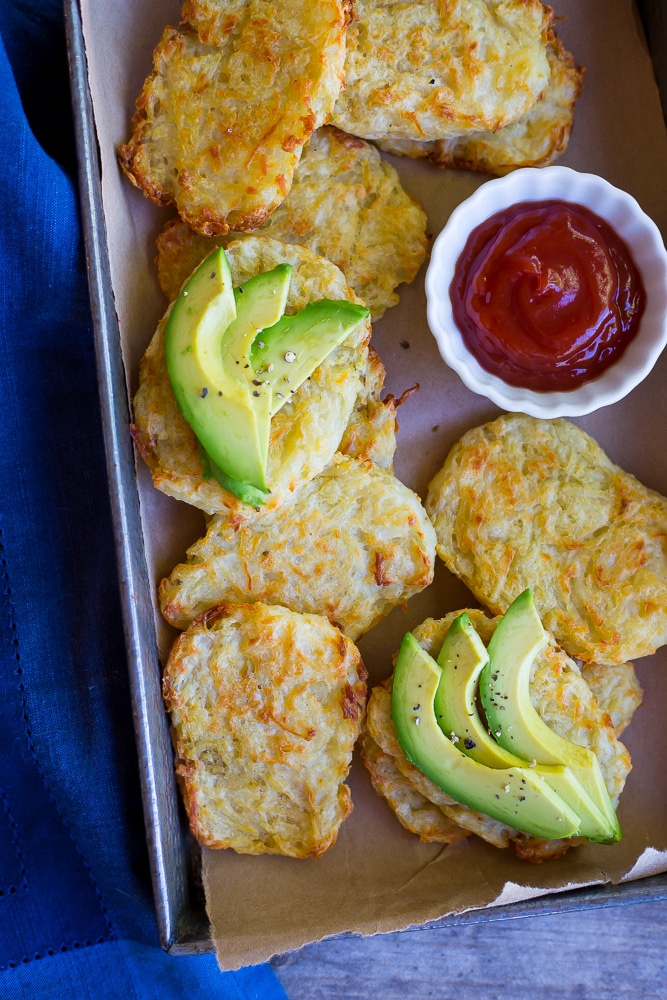