So, I normally try to publish two posts per week, but last week I kinda dropped the ball on that.  I do have an excuse though, one word: Netflix.  Two more words: Breaking Bad.  We are probably the last people on earth to start watching that show but better late than never, right?!


We tried to start watching it months ago, but after the first few episodes I said it was too dark and scary (I’m usually more of a Friends kinda gal) and I put the axe on us watching it.  My husband didn’t seem to put up a fight either.  Then, a week or so ago I come home from work and he is sitting on the couch watching episode after episode of Breaking Bad.  Not to be left out, I started watching them again too.  And then I couldn’t stop watching them, and I pretty much neglected all my grownup responsibilities (ie, my Thursday blog post) in exchange for binge watching a show about meth.  Sorry guys!

So, in the spirit of binge watching, because you know you do it too, my peace offering is the recipe for these Crispy BBQ Roasted Chickpeas!  And let me tell you, they are the perfect snack to eat while watching your favorite tv show! But, I should warn you that these chickpeas might actually be more addicting than the watching of the show itself.

That is the perfect characteristic to have in a snack though, right?!  They are crispy, salty and really filling because they are packed with protein and fiber!  Which is a little more than I can say about my favorite bag of potato chips 🙂  And from lots of experience I can tell you that it is damn near impossible to eat just one!

I’m curious which Netflix shows you guys like to watch!  We only have a few seasons left so I’m going to be needing something to fill the void soon!

Recipe adapted from The Kitchn 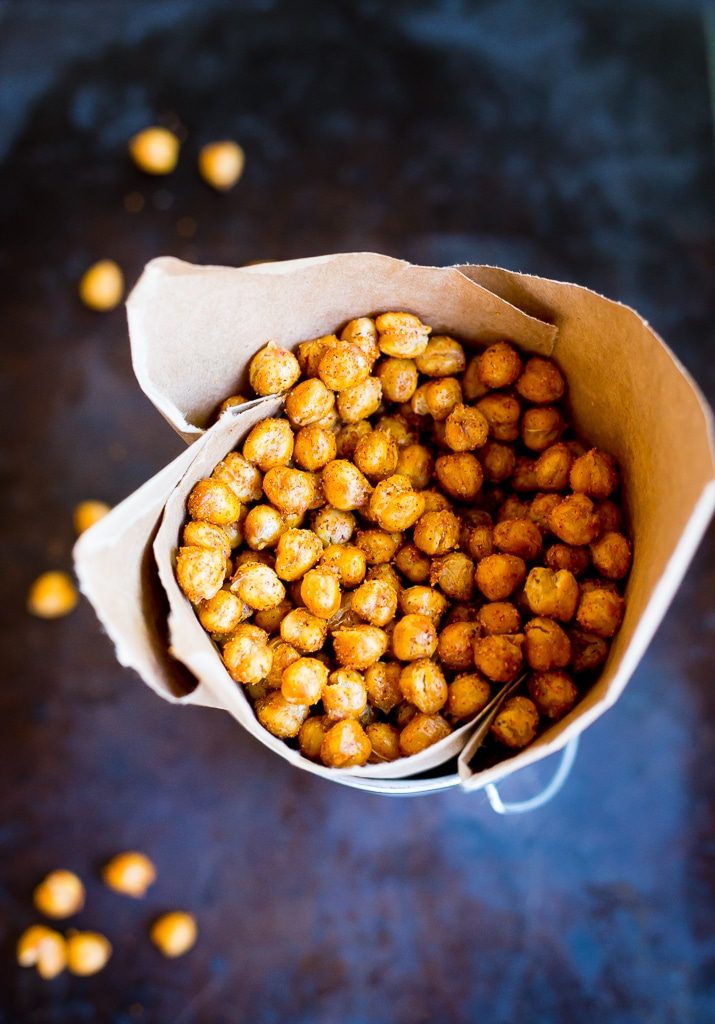 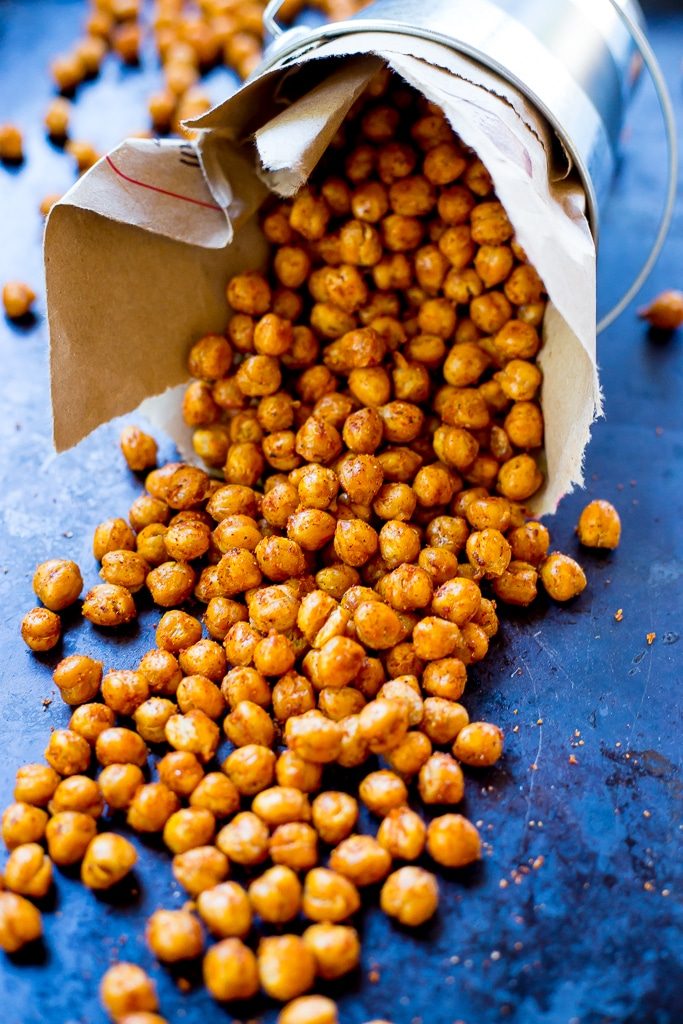