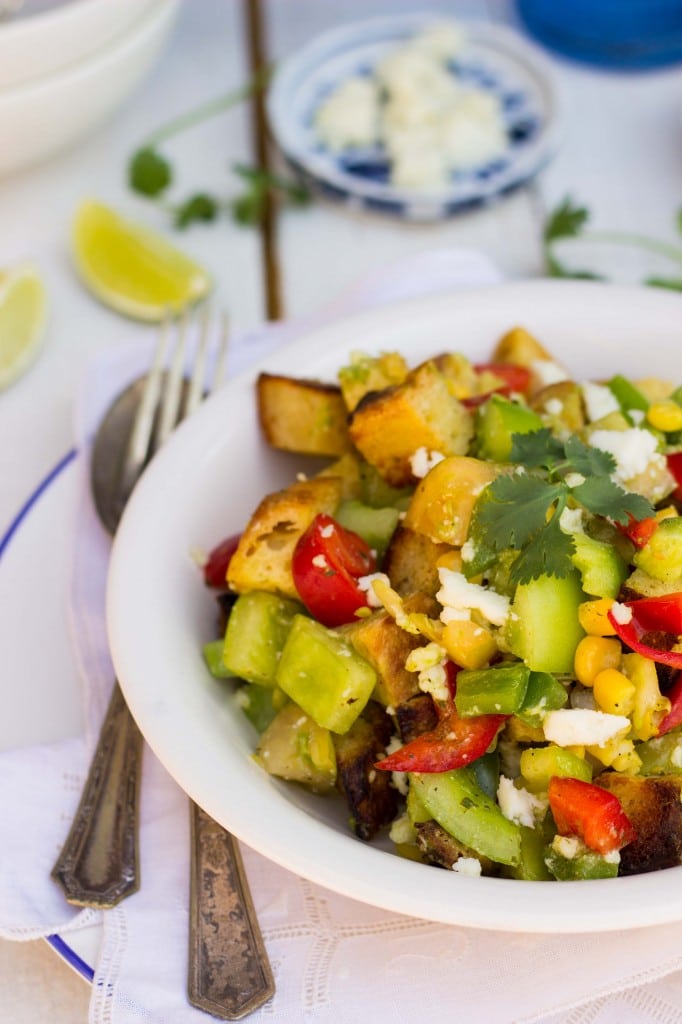 Back in March, when the rest of the world was probably still covered with a blanket of snow, the weather was just starting to warm up here (believe it or not, it does get cold in the desert sometimes!).  To celebrate the warmer temperatures, I went to the first farmer’s market of the season and I bought some delicious cherry tomatoes and I made this panzanella salad.

At the time, I wasn’t thinking that most people were probably reading that post while huddled under a blanket with the heat on.  But, now that I think most of the world is enjoying warmer temperatures, however if you live in a place  like I do, you might be cursing the warmer temperatures rather than enjoying them, I have decided to share another panzanella recipe with you.  It is easy to forget that not everyone who reads this blog lives in Tucson.  Tucson is much different than anywhere I have ever lived before.  Not only is the weather completely different, but the plants are pretty crazy too!  I know that Arizona is not the only place on earth where cacti grow, but I thought it would be fun to share a few shots from the yard with you! 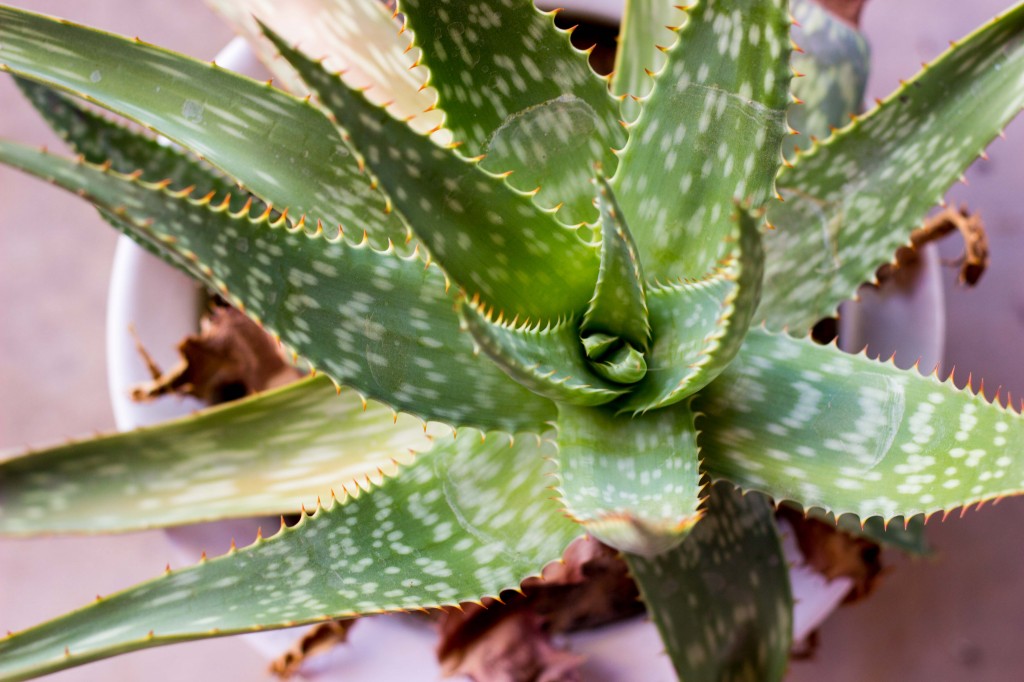 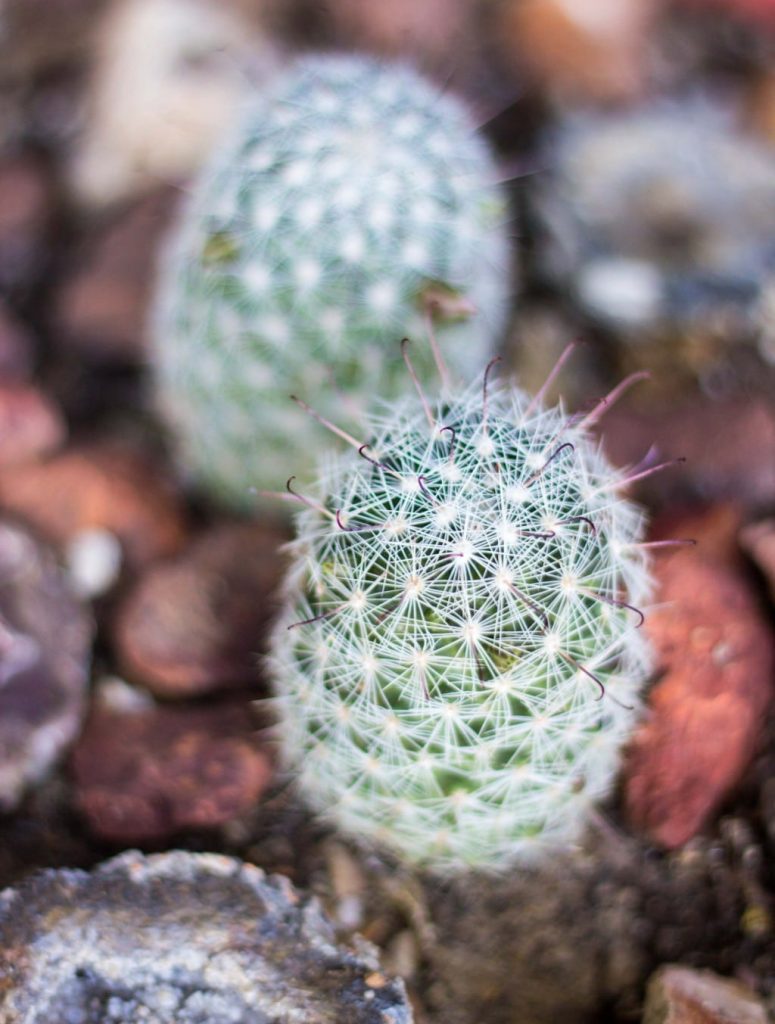 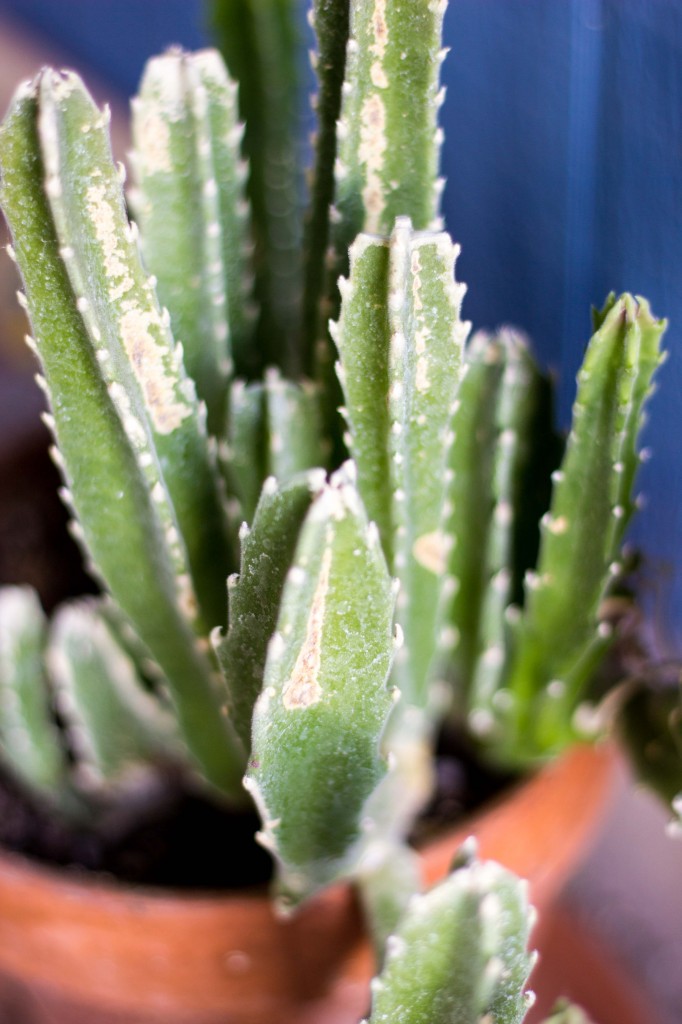 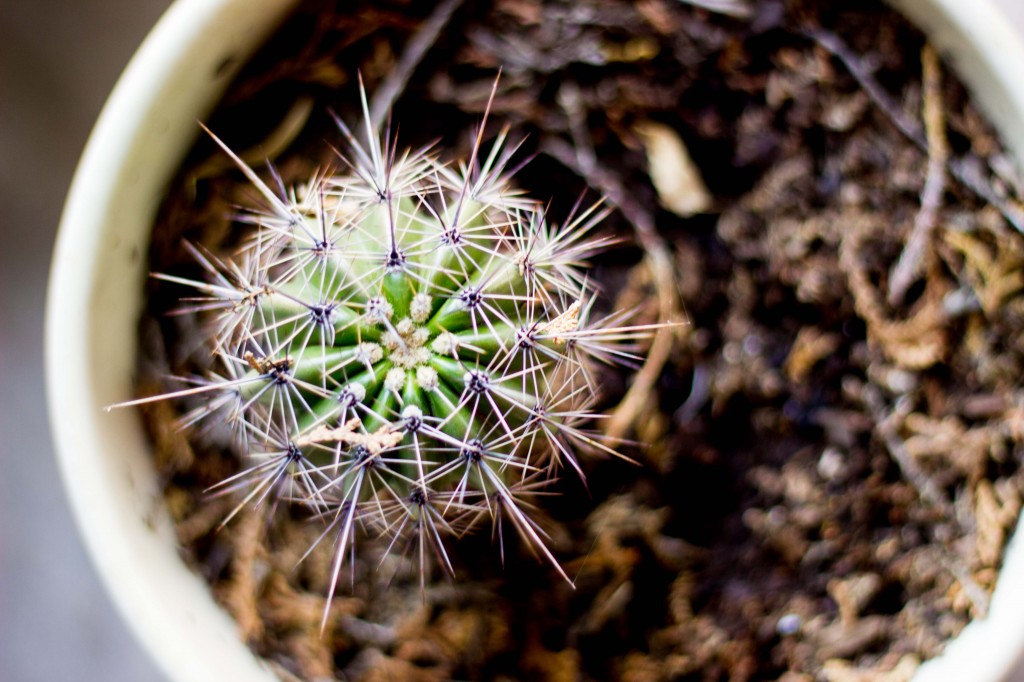 Since, from what I have heard, I know that I am not the only one out there that is obsessed with Mexican food, I decided to put a southwest spin on this panzanella salad.  Up until a few days ago, I had never cooked with green tomatoes before.  There is also a chance that I thought they were an entirely different variety of tomato, rather than just being under ripe red tomatoes…  I’m sure most of you know better than that, but just in case, green tomatoes are basically just under ripe red tomatoes.  They are firmer and not as sweet as red tomatoes.  As you can see in the photo below, the tomato in the back is just starting to turn a little bit red. 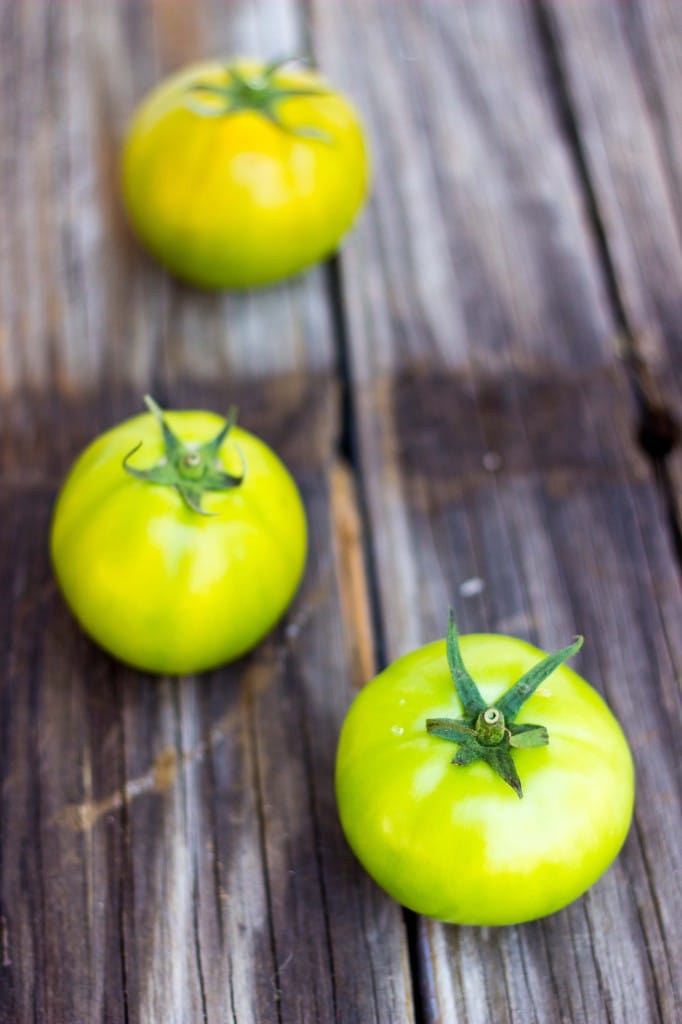 I think that most people utilize green tomatoes at the end of the tomato growing season when the cold weather is coming, but they still have a bunch of green tomatoes on their plants.  Does anyone out there specifically pick the green tomatoes to use them in recipes?  Before a few days ago, I was really only familiar with fried green tomatoes, which from what I know, are a favorite in the South.  I try not to fry too many things these days, and I even thought about making baked green tomatoes, but sometimes the farmer’s market throws you some divine intervention! 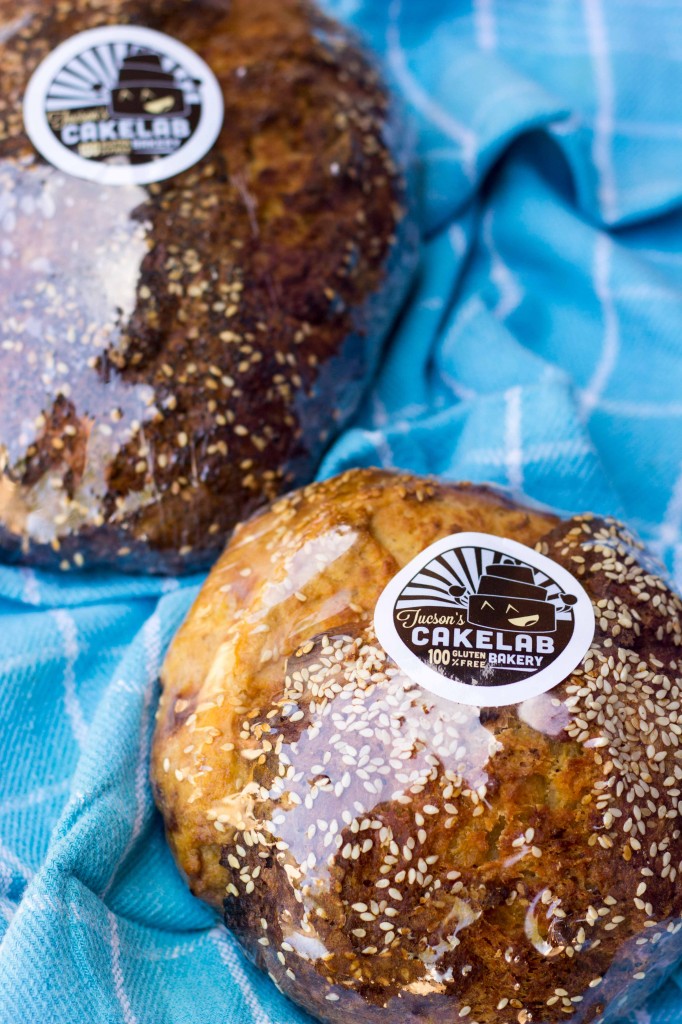 I’m not a huge baker, so when I saw that my favorite gluten free bakery was there AND they were selling these beautiful loaves of gluten free bread, I just had to buy one, or two, of them.  And, when you have a delicious loaf of bread and some green tomatoes, what else is there to do except for make panzanella salad?!  Are you with me?! 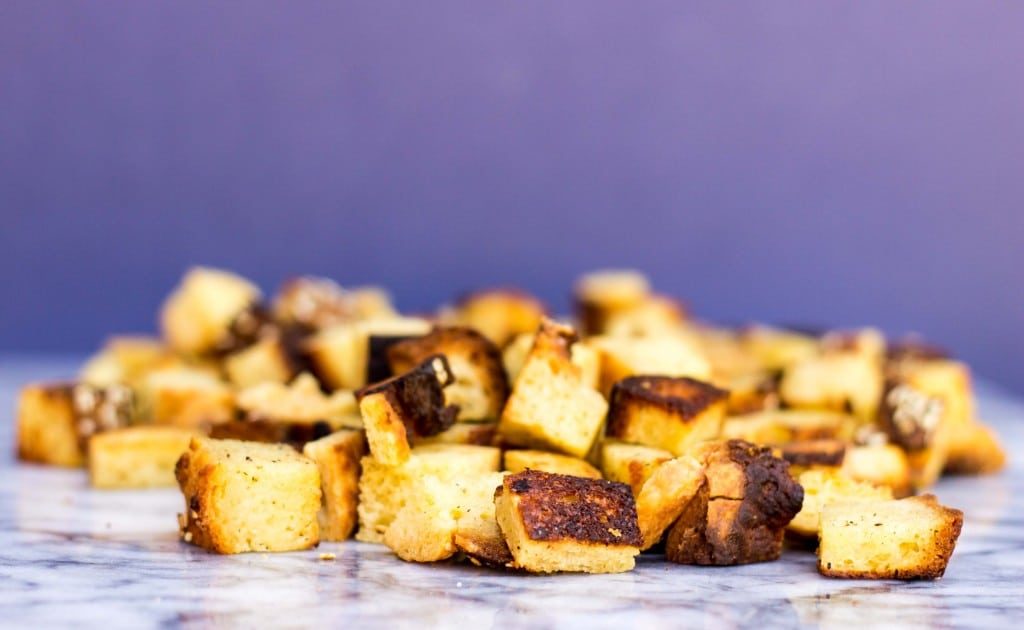 I usually do a simple vinaigrette with my panzanella salad, but since I decided to go the Southwestern route with this one, I knew it needed something much bolder.  I settled on a cilantro lime dressing (there isn’t actually any vinegar in it, so I’m not sure I’m allowed to call it a vinaigrette) and it really did the trick!  You might have noticed by now that I’m a bit of a salad dressing fanatic and this is one of my favorites so far.  I can’t wait to try it out next time I make taco salad, which is pretty much a weekly ritual in my house these days. 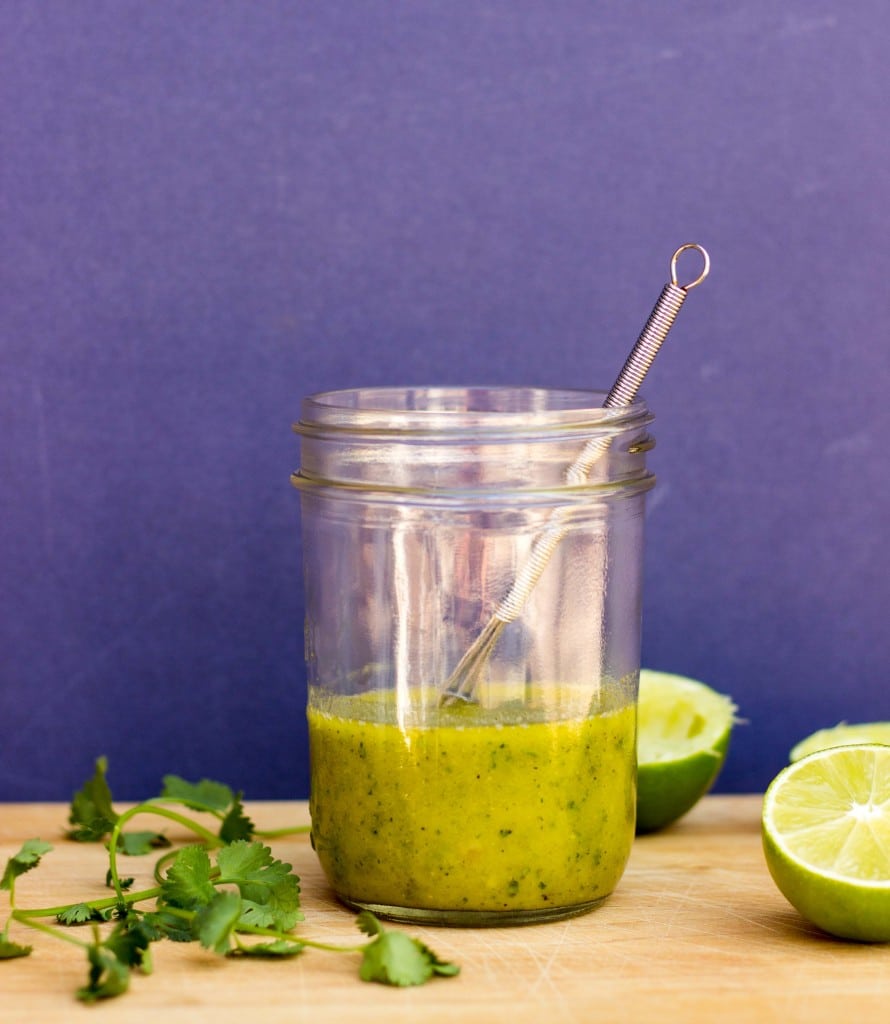 My usual panzanella salad has a Greek theme to it, so I always add feta cheese, but queso fresco was the perfect substitute in this Southwestern version.

You may want to pour dressing slowly over the salad to make sure you do not over dress the salad. Use as much as you would like, I used the entire amount. 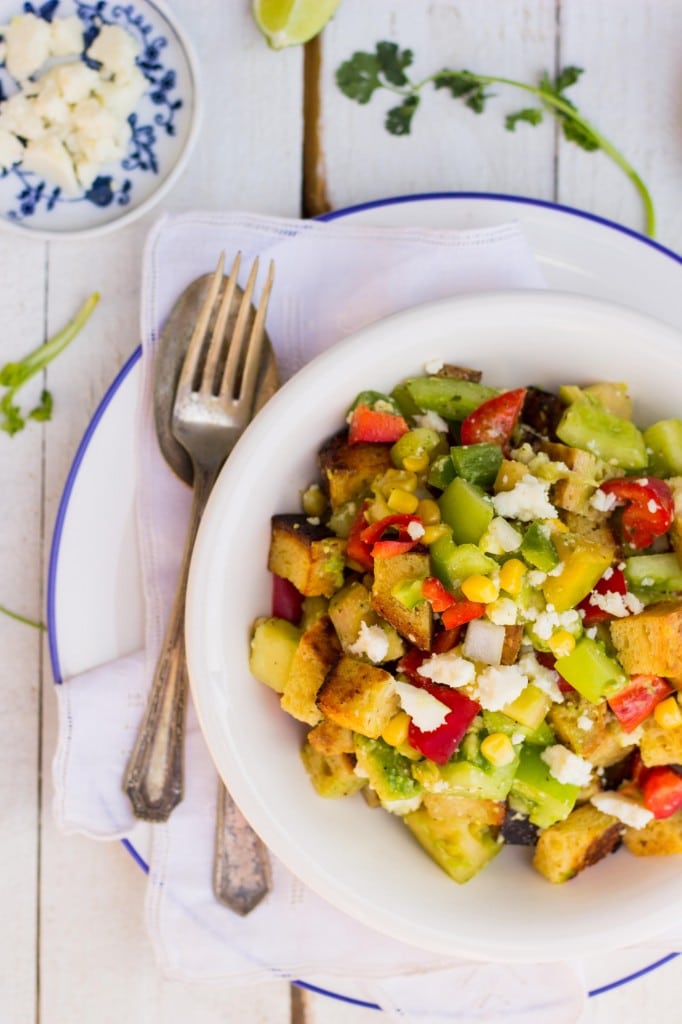 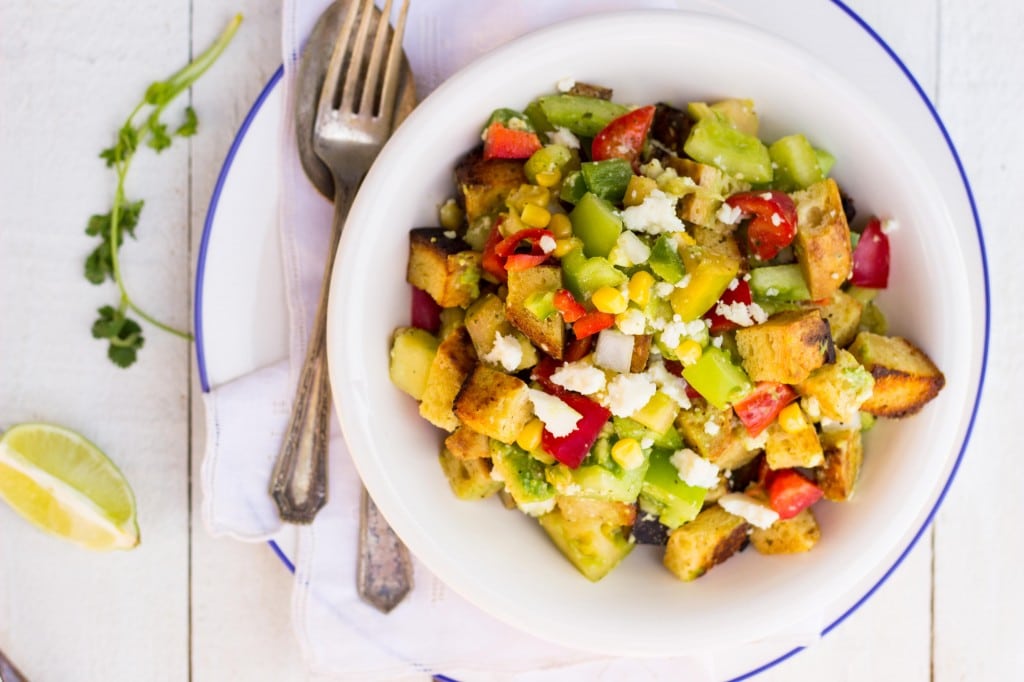 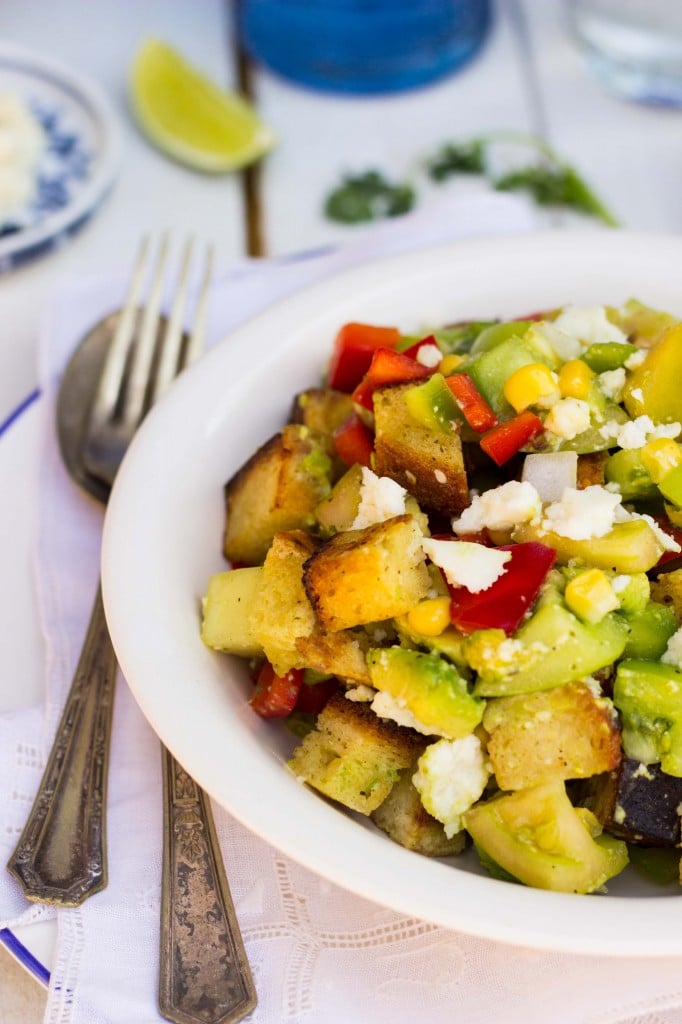 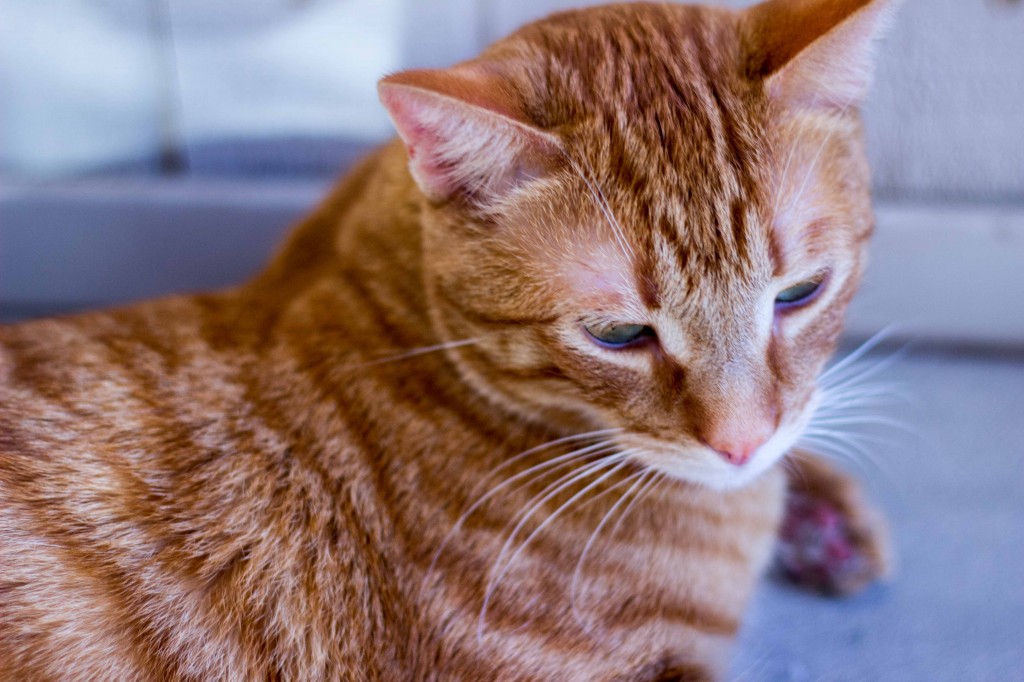