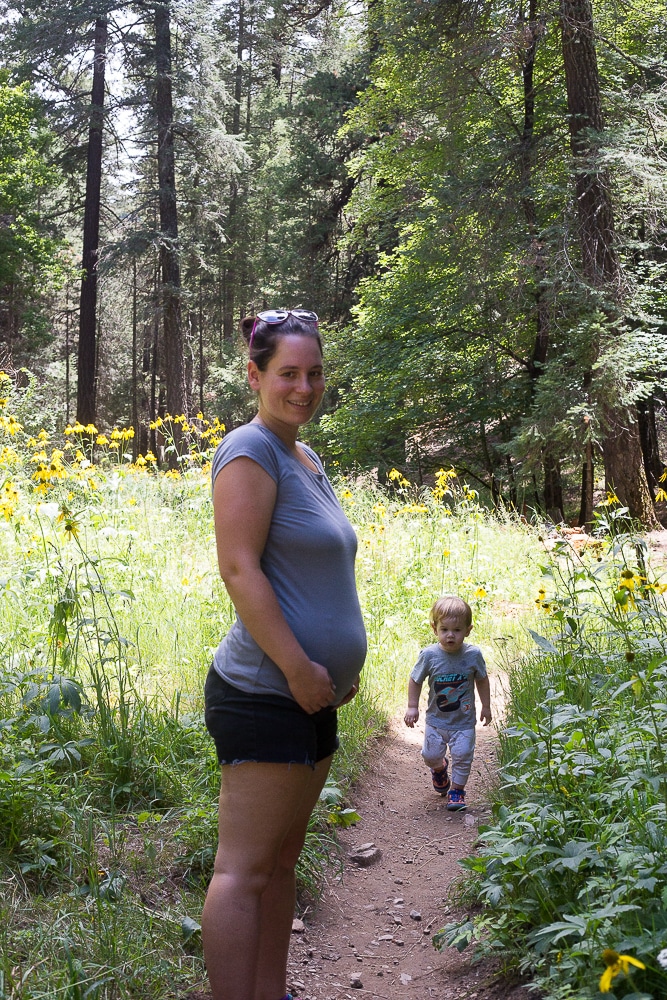 Hello!  I feel like this post has been a long time coming!  While I wasn’t lying when I mentioned that one of the reasons I’ve been absent from here for most of the summer is because we’re moving and it’s been a little crazy, there’s also another big reason!

About a month before Eric got offered his new job I found out I was pregnant!  And then as soon as the morning sickness started to hit we found out that Eric got a new job in Santa Fe, NM, we put our house here in Tucson up on the market and we started house hunting in NM.  Needless to say, the last 3 months have been quite the whirlwind and I don’t even feel like I’ve had time to even think about the fact that we are having another little human.

So, this is why I’ve been absent for most of the summer!  I hope you all understand!  I plan on getting back to my regular two posts a week schedule starting in August but may have to take a little time off once we move into our new house at the end of August but hopefully not too much!  I’m looking forward to finally being settled into a new house and new city and being able to relax a little and enjoy the new life that is coming into our family soon!

I hope you all are having a wonderful summer!