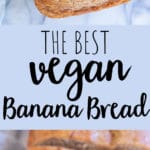 This Vegan Banana Bread is so easy to make and only requires one bowl and no mixer!  It’s moist and soft but not gooey at all!  You’ll want to have it on hand all the time! 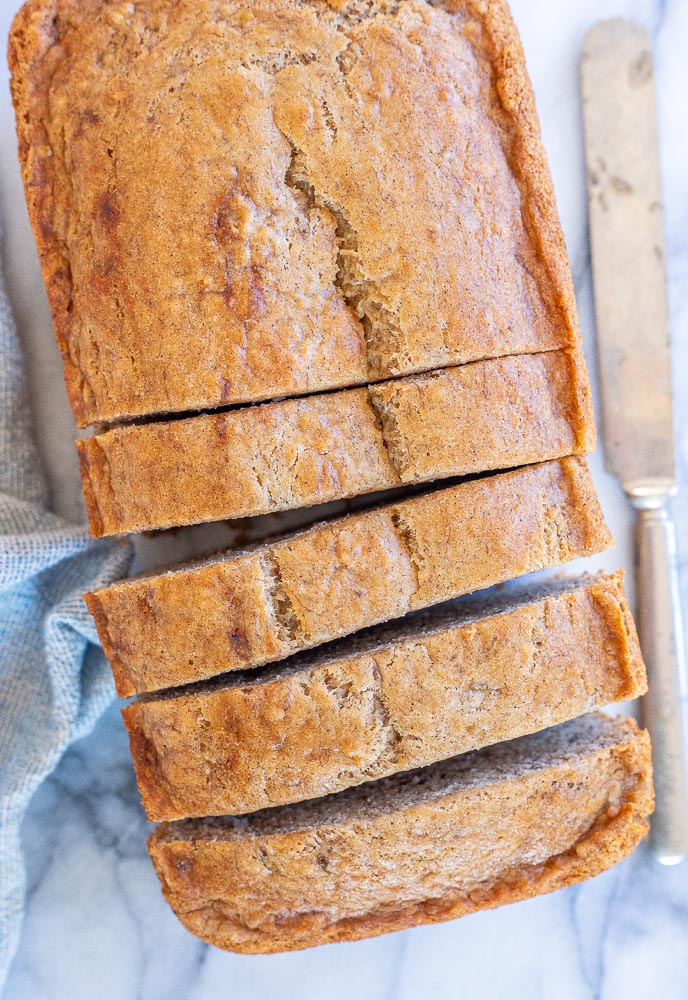 I don’t know if I’ve ever met a person who doesn’t like banana bread.  It’s such a delicious, classic recipe that can be enjoyed for breakfast, snacks and even dessert.  You can also add so many different flavors to it if you want to mix it up a little bit.  I think you are going to love my Vegan Banana Bread Recipe! 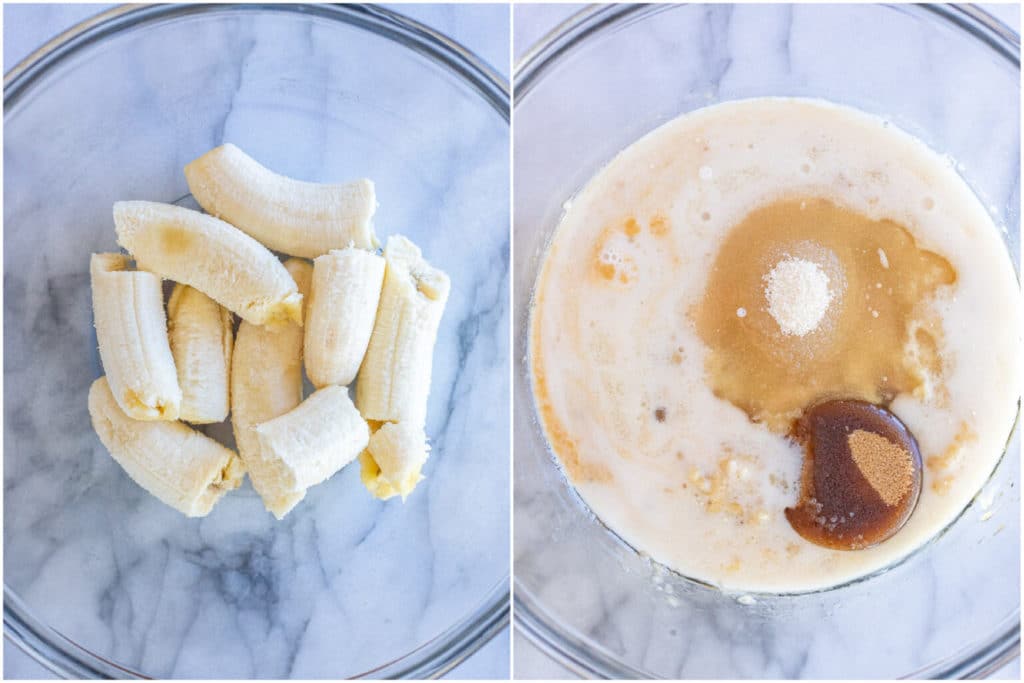 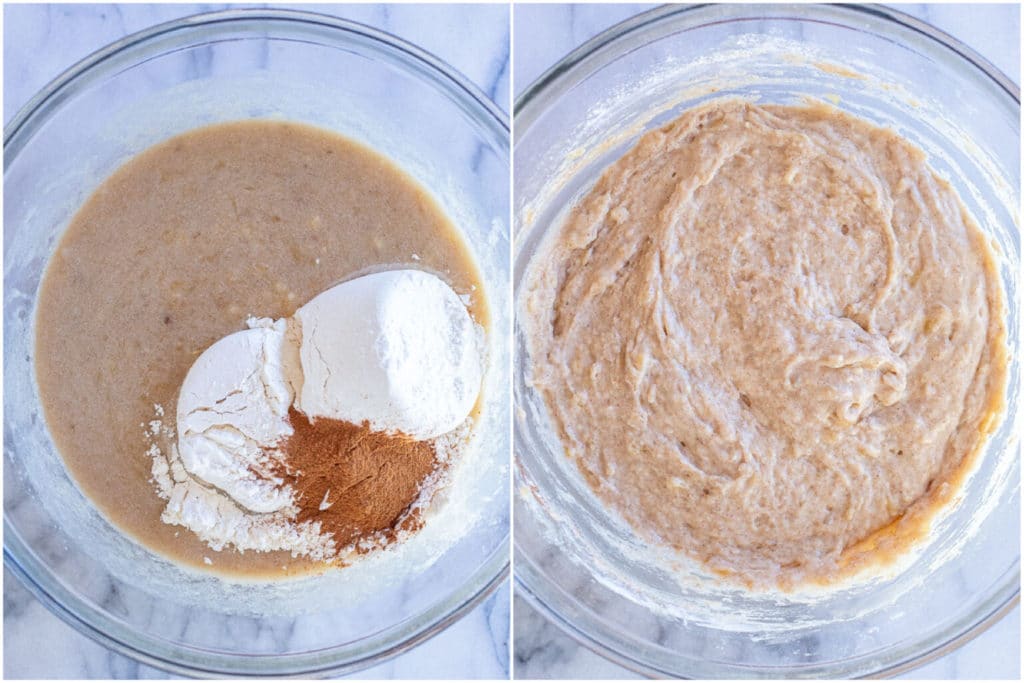 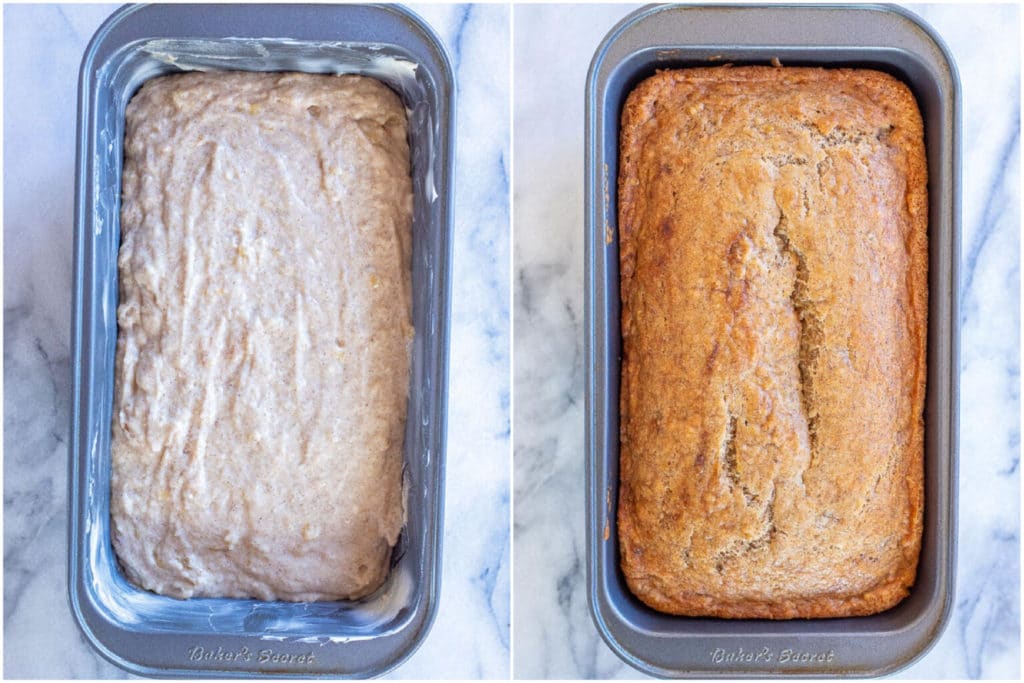 How To Make One Bowl Banana Bread

Another great thing about this banana bread recipe is that it’s made in just one bowl, which means you don’t have to dirty and extra bowl just to mix together the dry ingredients.  You can also easily mix it up using a wooden spoon instead of a mixer. 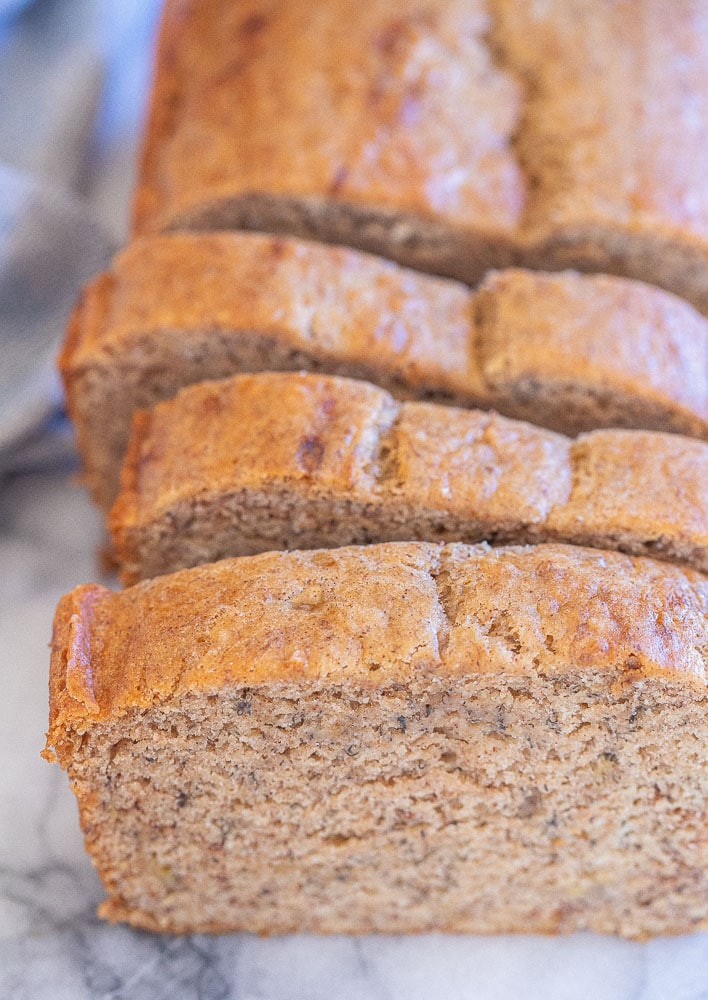 I really love a classic, plain banana bread recipe, but here are a few ideas on how to take it to the next level!

What are your favorite things to add into your banana bread? 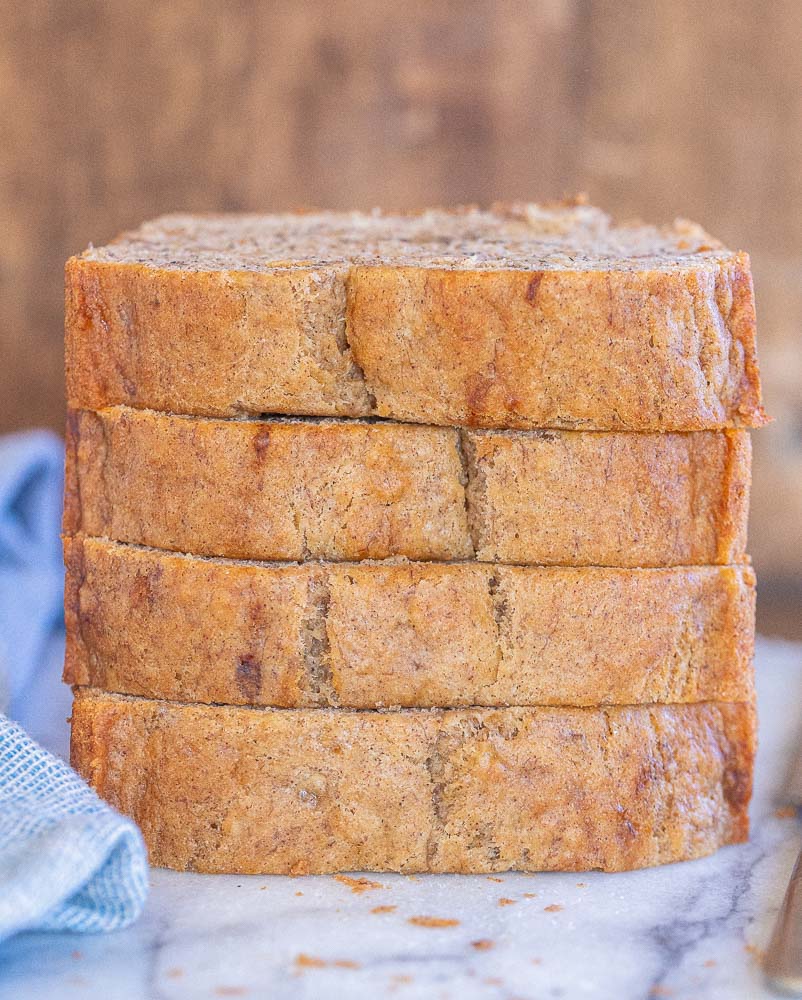 Let me know any other questions you may have in the comments below!  Enjoy!

CHECK OUT EXACTLY HOW I MAKE THIS VEGAN BANANA BREAD BELOW!

This Vegan Banana Bread is so easy to make and has the perfect flavor and texture!

*Reccomended options for an egg replacer: