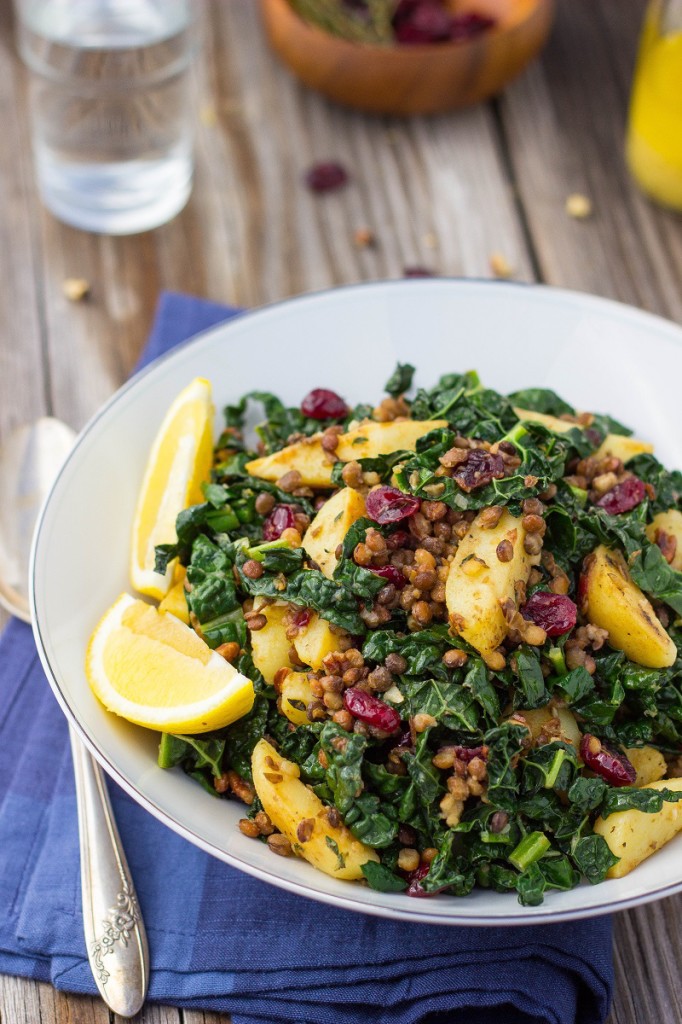 Awhile ago I was contacted by Melissa’s Produce asking if I would be interested in trying out some of their new products, and of course I said yes!  As much as I love cooking a meal completely from scratch, sometimes I just don’t have the time and I was so excited to get these steamed and packaged foods in the mail!

Not only are they steamed, packaged, and ready to go, they are also all GMO free which is a huge plus!  And if you look closely you can see that the garbanzo beans are PEELED!!  I’ve talked a little bit in the past about my experiences with peeling garbanzo beans and they are no fun!  Pretty much one of my least favorite things to do.  I have another very special recipe planned for those garbanzo beans so stay tuned 🙂 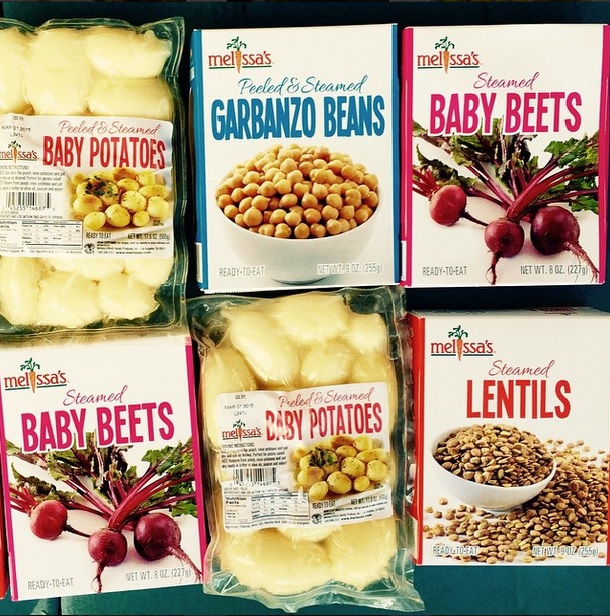 We eat a lot of potatoes in this house and I usually spend at least half an hour either roasting them or boiling them before adding them to a dish.  I also cook with lentils quite a bit which take about 30-40 minutes to soften when boiled.  As I said before, I really do love cooking everything from scratch, but this salad that normally would have taken about 45 minutes to throw together only took 15 and it was so good! 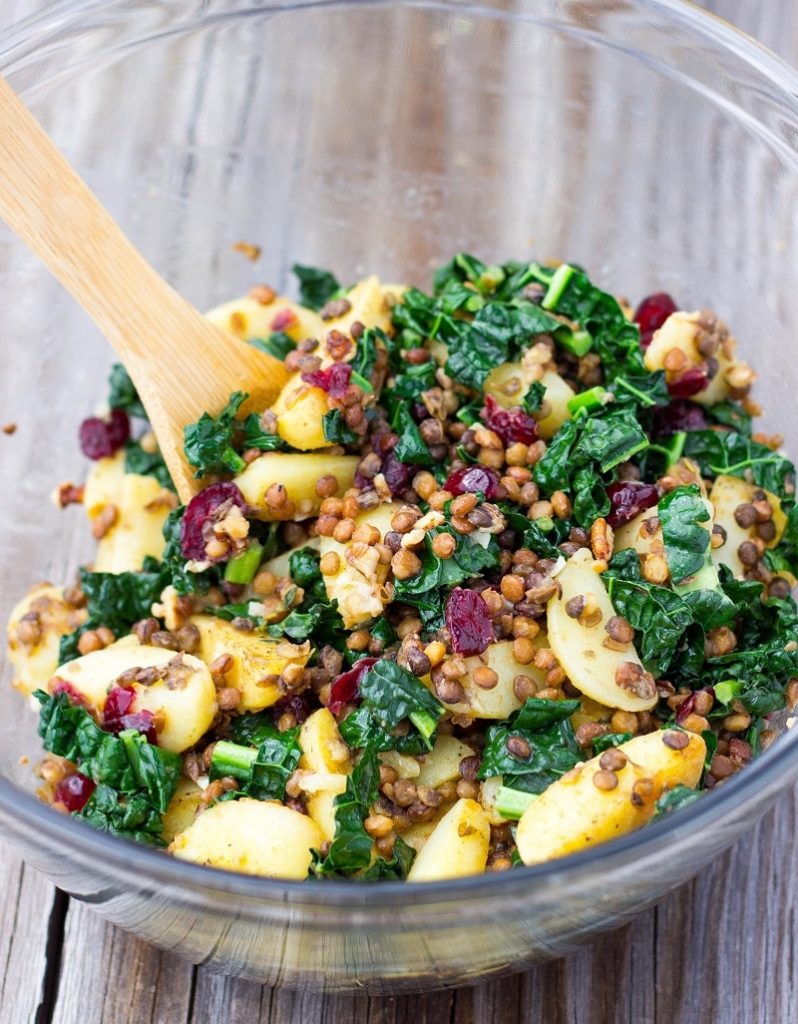 It is one of those salad recipes that is so good to bring for lunches throughout the week because it just gets better and better the longer it sits in the lemon dijon dressing.  Salads aren’t usually the first thing you think of this time of year, but this salad will leave you warm and satisfied even if your house is covered with snow drifts right now!  I honestly can’t believe some of the photos I have been seeing from the East coast!  I don’t think I’ve ever seen so much snow in my life.  I hope all my East coast friends and readers are staying warm out there!!  If not, it was 70 degrees today and we have an extra room!  Although you might have to share it with a certain orange cat.  I would say he doesn’t bite but that would be a lie 🙂

*If you are not using pre-packaged steamed and peeled potatoes, peel baby potatoes, cover with cold, salted water and bring to a boil. Reduce to a simmer and simmer for about 20 minutes until they are fork tender but not too soft. Drain, pat dry, and then cut into fourths and follow above directions. 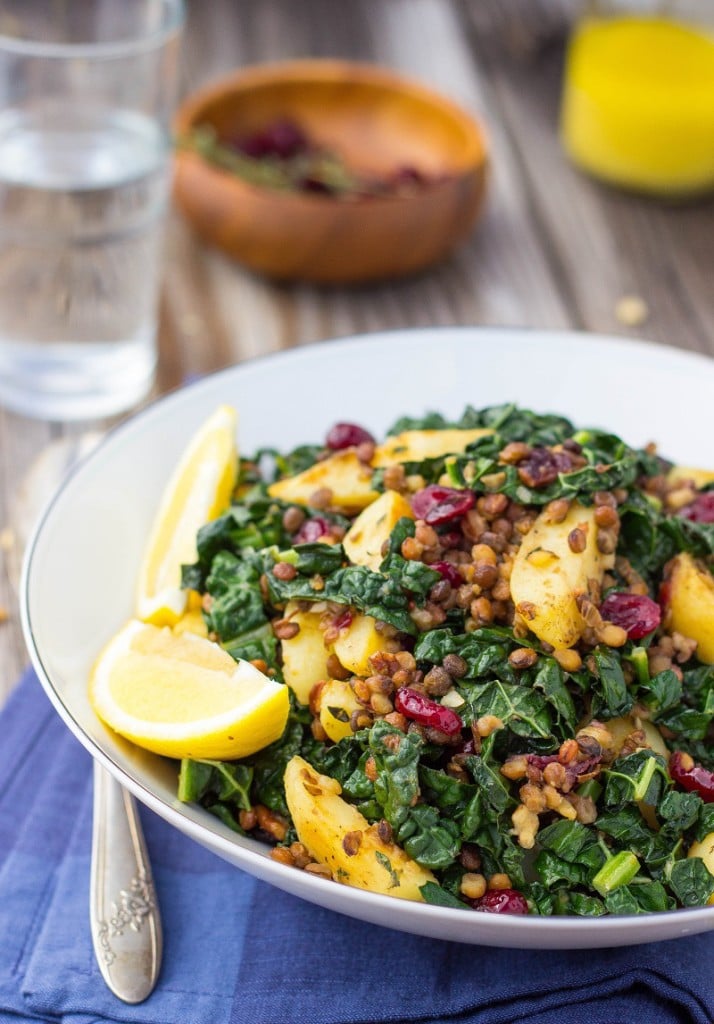 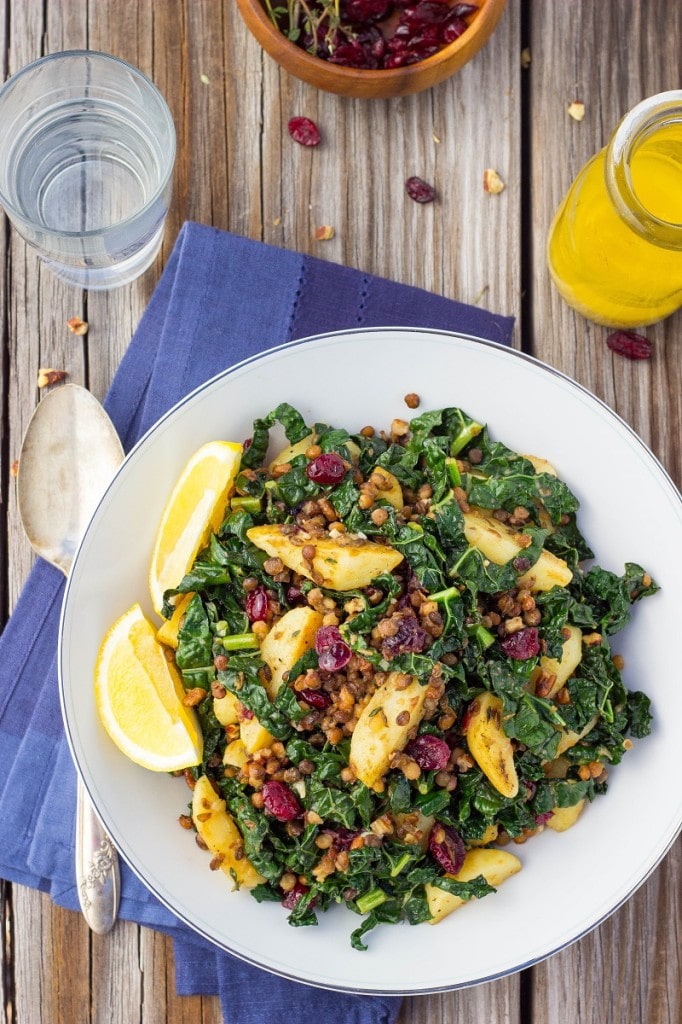 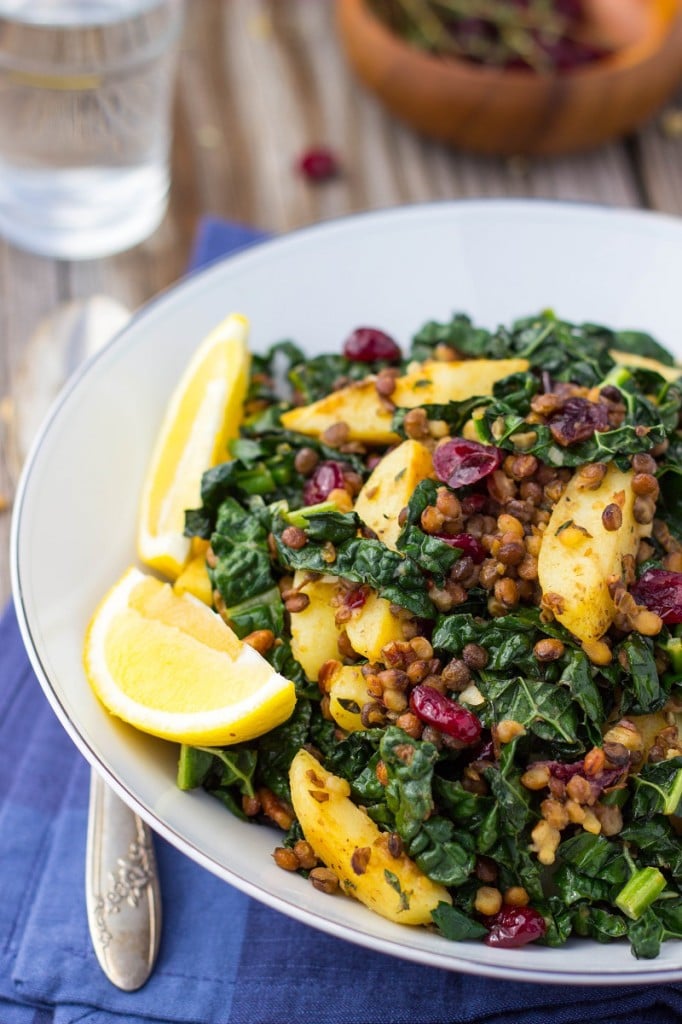