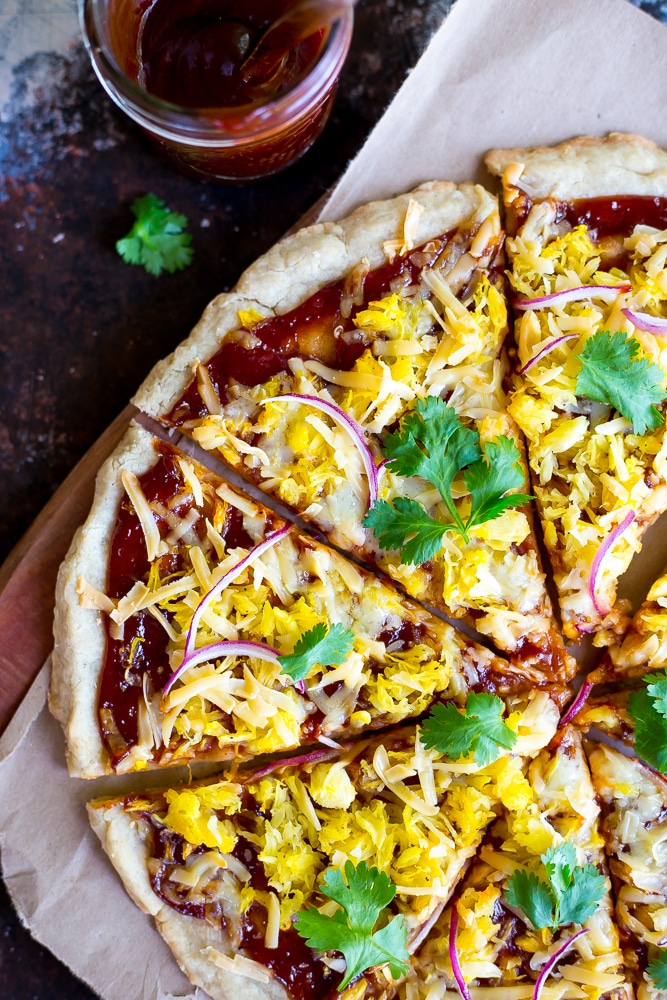 I know that I post way more Mexican recipes on here than pizza recipes, but pizza is definitely eaten on a regular basis in this house.  If my husband had his way we would be eating pizza every single night.  And, now that I think about it, I’m not sure I would mind that much either!  There is such thing as taco pizza afterall!


I used to be a traditional red sauce, cheese and veggie pizza kinda girl but after having BBQ pizza, it is all I ever want to eat.  And although I said that the smoked gouda cheese is optional in the recipe, who are we kidding?!  Smoked gouda is a must when making a BBQ pizza.  It gives the pizza such a great flavor and compliments the BBQ sauce perfectly. 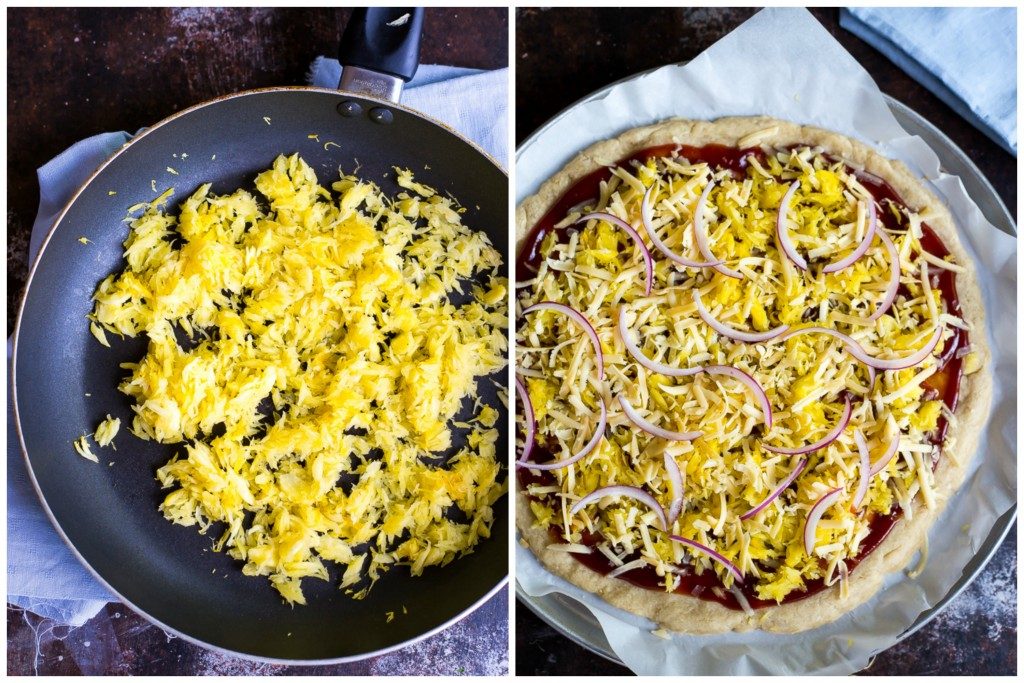 Spaghetti squash has to be my favorite winter squash!  It is so versatile and I feel like I can use it in everything.  I’ve roasted it and eaten it with veggie meatballs, I’ve put it on toast and melted cheese over it, I’ve added it to my eggs in purgatory and eaten it for breakfast, and next week I’m going to be sharing my favorite spaghetti squash chili recipe with you.  Basically, I just can’t get enough and this BBQ Spaghetti Squash Pizza has been a regular lately and I’m pretty sure I’m going to be enjoying it all winter long 🙂 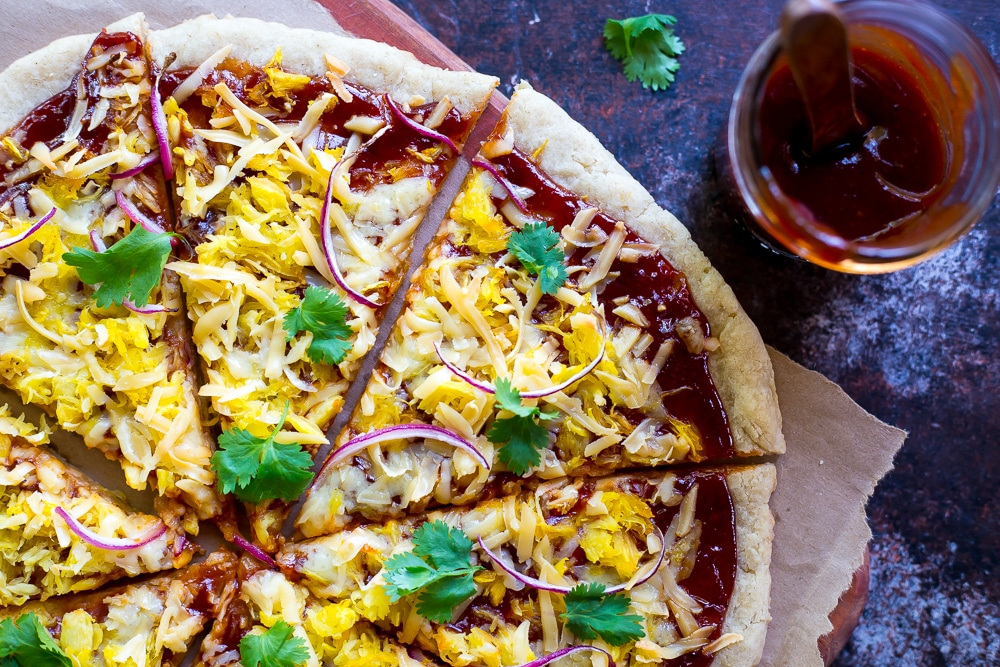 You may want to decrease or increase ingredient amounts depending on the size of your pizza. My pizza was about 14 inches. 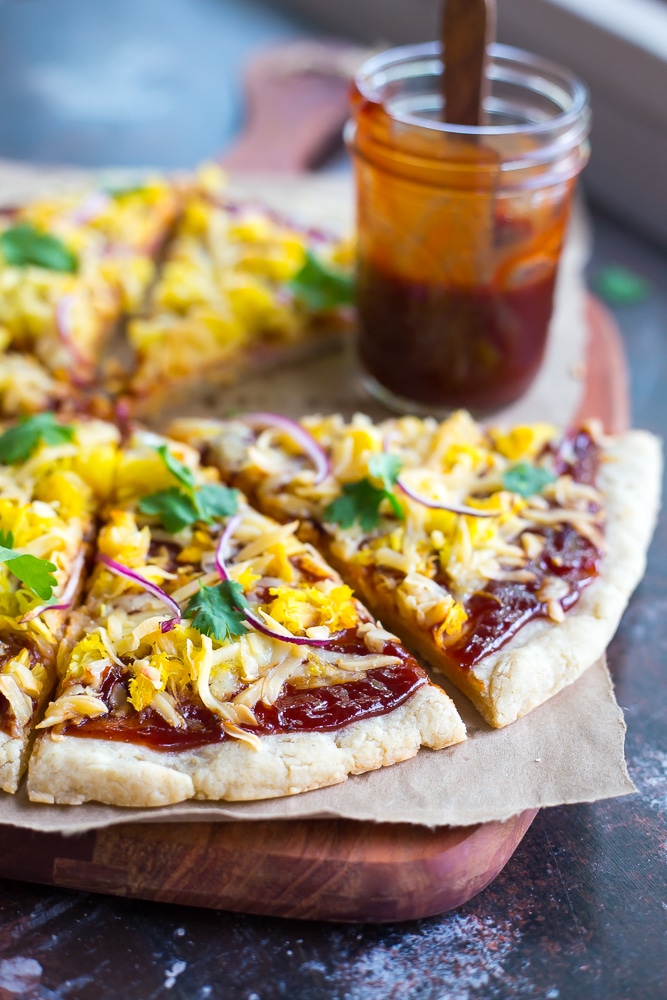 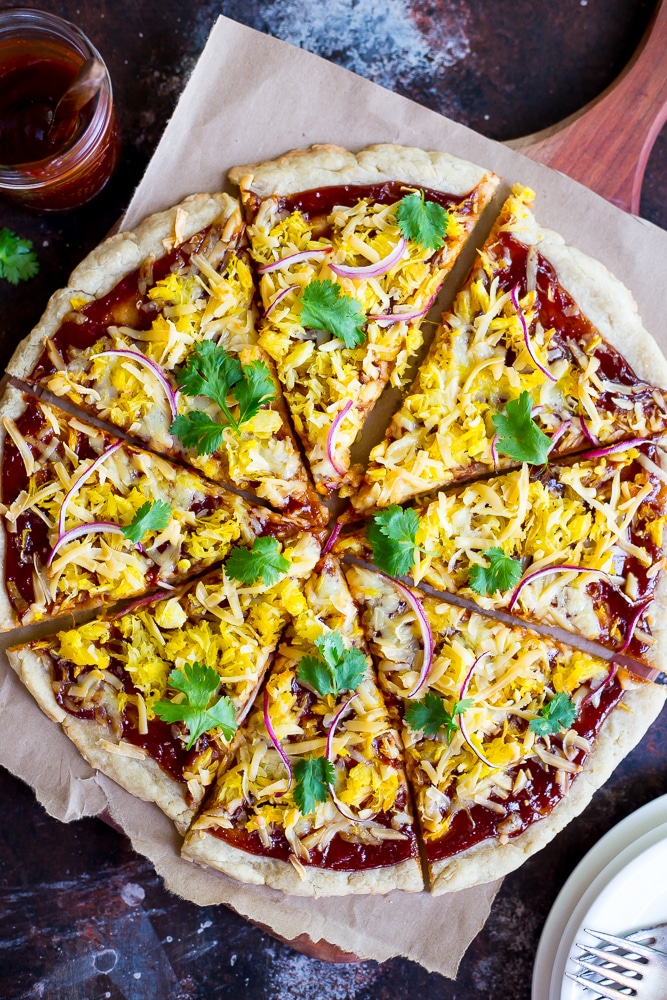 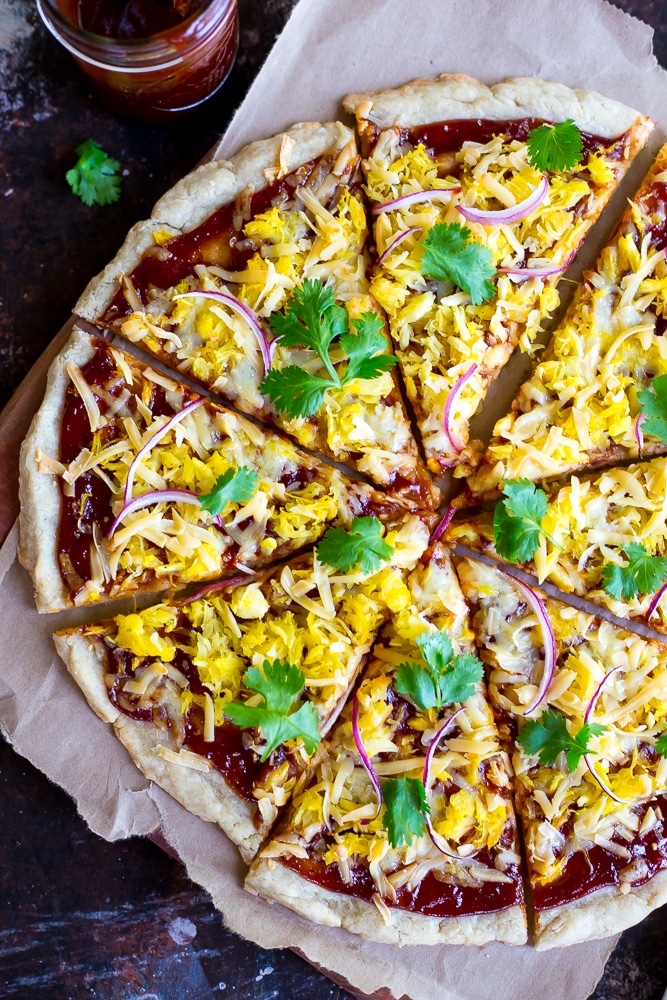