An easy and delicious way to eat more fresh veggies this summer! 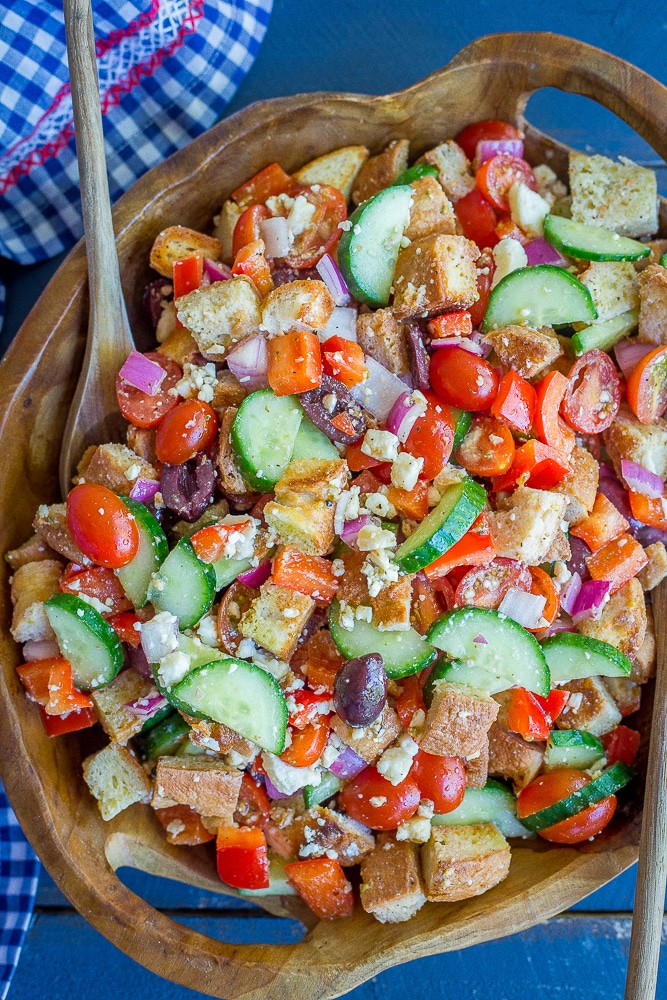 Salads like this are the only thing getting me by this summer.  If I go outside I will literally melt into a puddle that will then be evaporated in about 1.2 seconds.  That is how hot it is here and I’m really looking forward to the monsoons that usually come early July.

I’m not wishing summer away, I’m just wishing I lived somewhere else where the summers were more mild and not heat stoke inducing 🙂 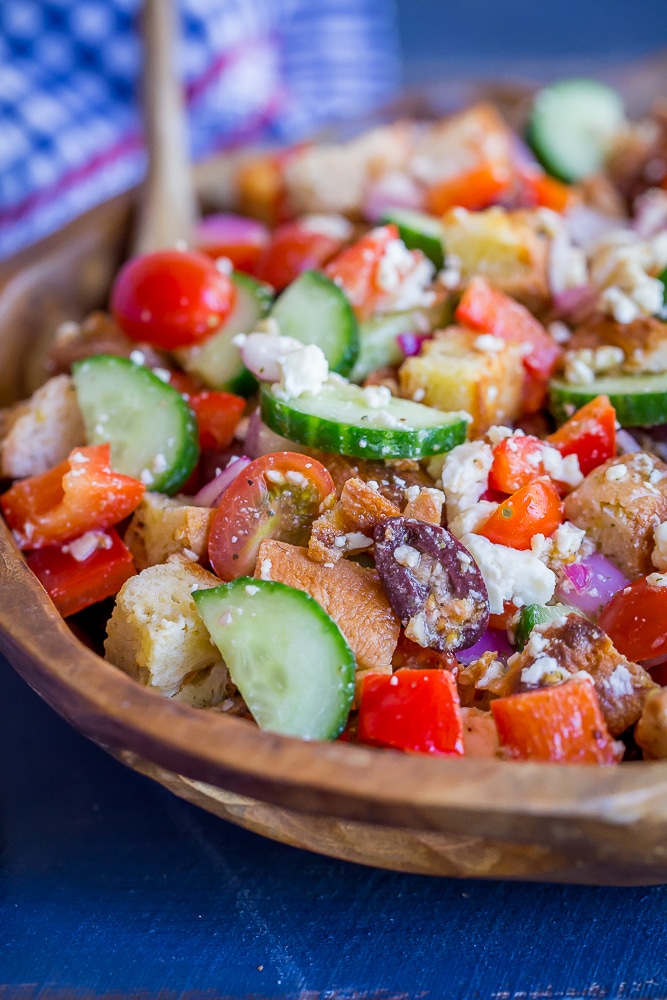 But summer salads like this get me through the days!  You may have noticed by now that I kinda have a thing for panzanella salads.  Some of my favorites are this Winter Panzanella Salad, this White Bean and Spinach Panzanella and this summery one and also this one 🙂  I told you I had a thing for them! 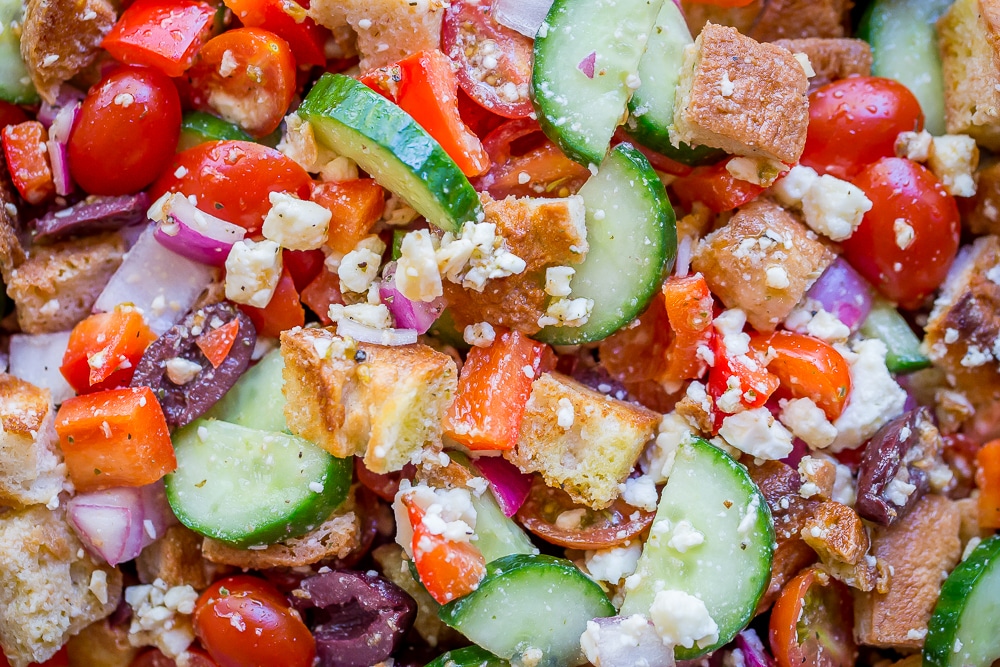 I am fully aware that a traditional panzanella salad includes cubes of soaked stale bread, but my friend Ina makes it with toasted bread so that is what I do.  While I love the different variations I’ve come up with, I also really love a traditional summer panzanella with lots of fresh veggies.

So, that is what I’m sharing with you today.  This Greek Panzanella Salad is so easy to make and it’s one of those salads you won’t be able to stop eating.  There might have been a few instances where I stood in front of the open refrigerator with a fork eating it straight out of the bowl last night… 🙂

Salad is best eaten within a day or two of making.  If planning to make ahead, don’t dress salad until ready to eat or it will get soggy.