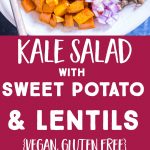 This Kale Salad with Sweet Potato and Lentils is so hearty and filling!  It’s perfect for lunch or to make as a potluck side dish!  It’s delicious topped off with a Maple Mustard Dressing! 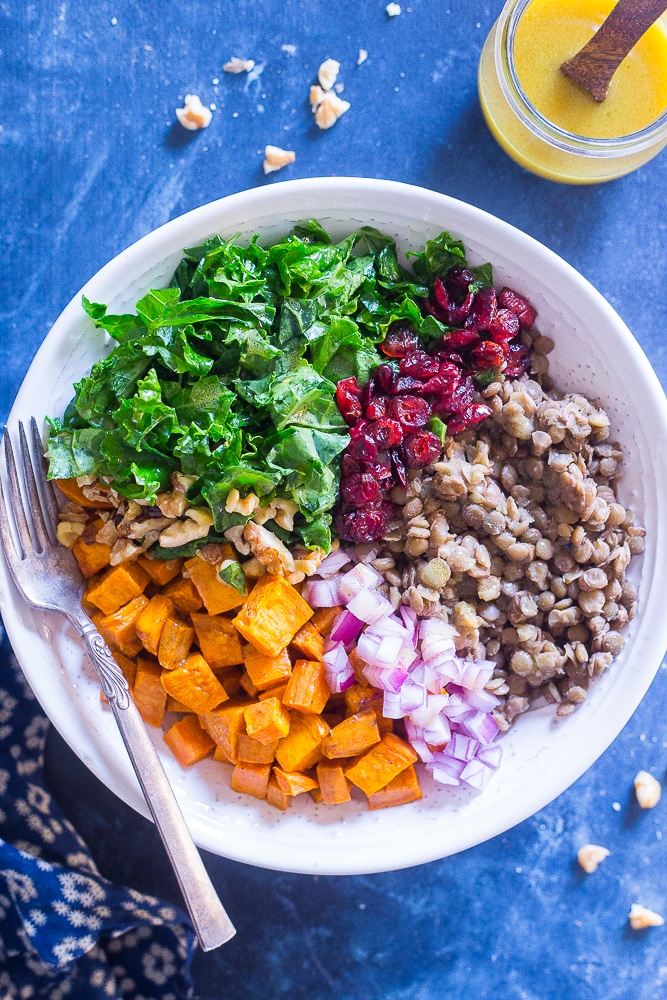 Good morning!  So, I meant to take some time off after the baby came, but really wasn’t planning on being completely absent for so long.  I actually have a bunch of posts lined up to share with you during my maternity leave but have been in the hospital the past two weeks with my newborn.  We’re finally out now and I’m excited to share this Kale Salad with Sweet Potato and Lentils with you!

About two weeks ago my newborn, Sawyer, didn’t seem like himself.  He was fussy all day, bloated and seemed really uncomfortable.  For most of the day I just figured it was regular baby stuff but right before I was going to put him to bed I just felt like I should take him in. 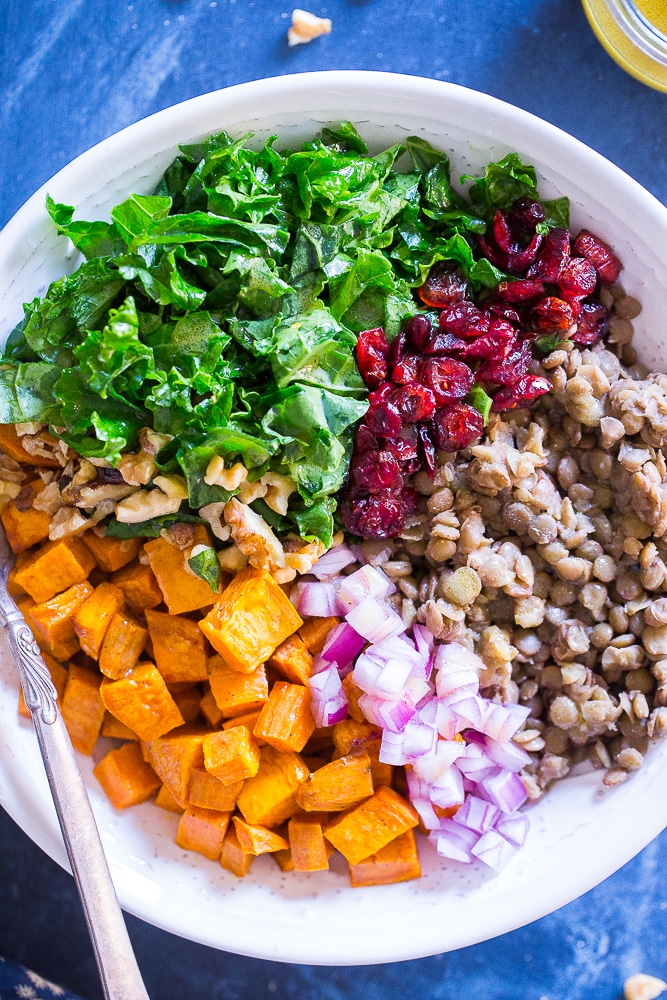 I ended up taking him into the ER around 10PM and it turned out he also had a fever, which I hadn’t known, and they transferred us to the children’s hospital in Albuquerque NM by ambulance around 2AM.  After doing quite a few tests, including a spinal tap, they diagnosed him with a urinary tract infection that had spread to his kidneys and blood. 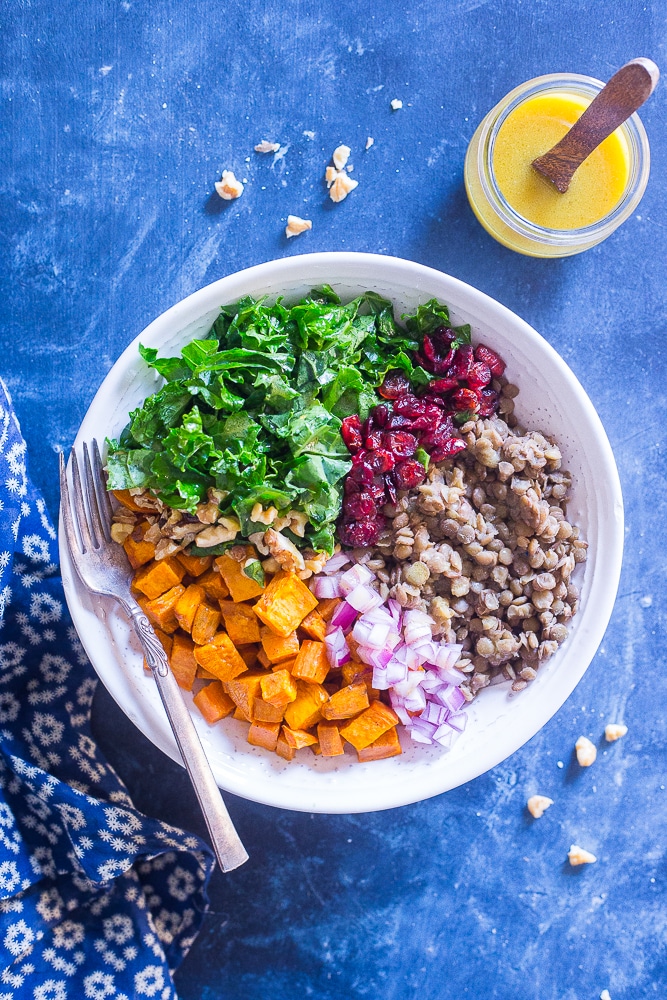 That required him to be on IV antibiotics for 10 days.  We were an hour away from home so it wasn’t quite as easy for my husband and toddler to just drop by which was really hard for me.  I had to be away from him for a few days after giving birth and was hoping that wouldn’t happen again, especially so soon.  These last few weeks have been really hard, but we’re finally home! 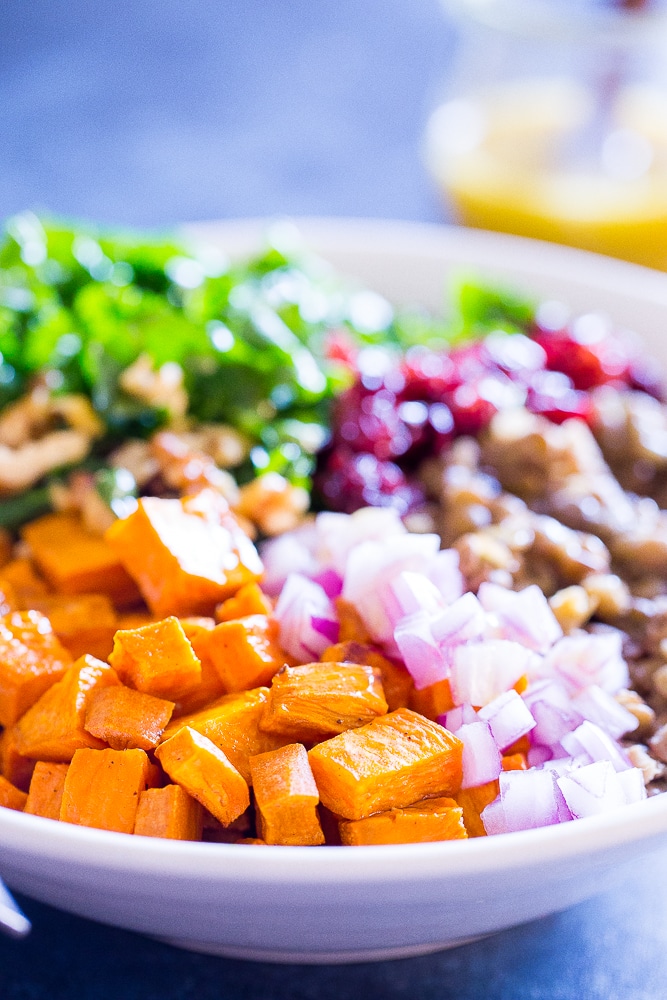 Since we’ve been home I’ve had a lot of anxiety regarding Sawyer’s health.  Every little thing he does that seems a little strange has me wanting to take him to the doctor or emergency room.  I’m hoping as time goes by I’ll start feeling better though. 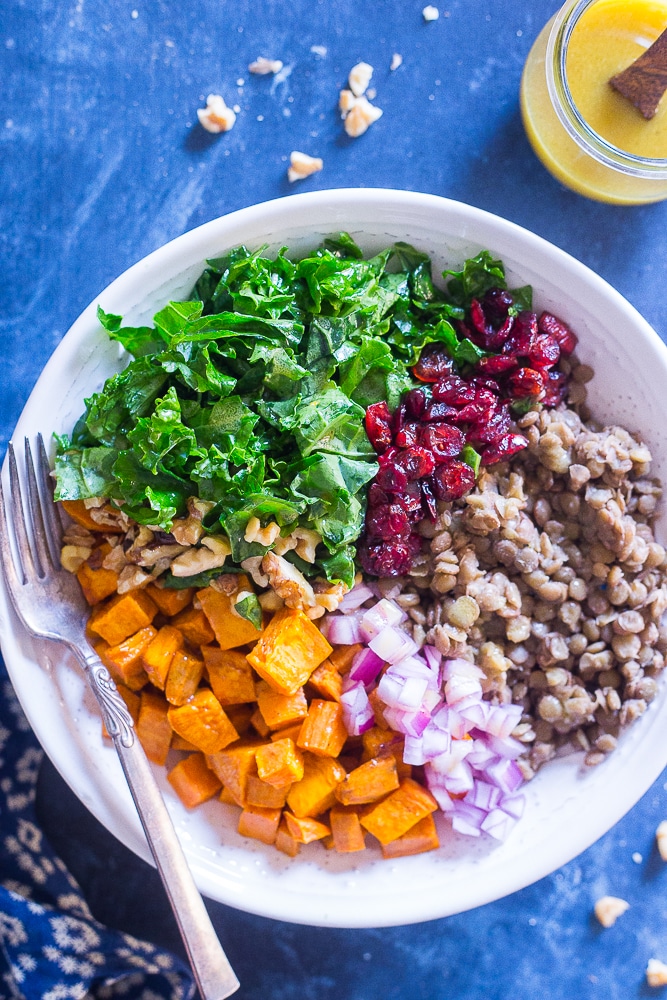 Recipe tips for Kale Salad with Sweet Potato and Lentils:

This Kale Salad with Sweet Potato and Lentils is so hearty and delicious!  It’s perfect for a healthy lunch or potluck salad!