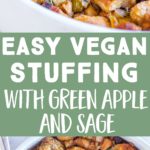 This Vegan Stuffing Recipe is packed with onion, celery, green apple and sage!  It’s crispy on the top and full of flavor.  Perfect for your vegan Thanksgiving table this year. 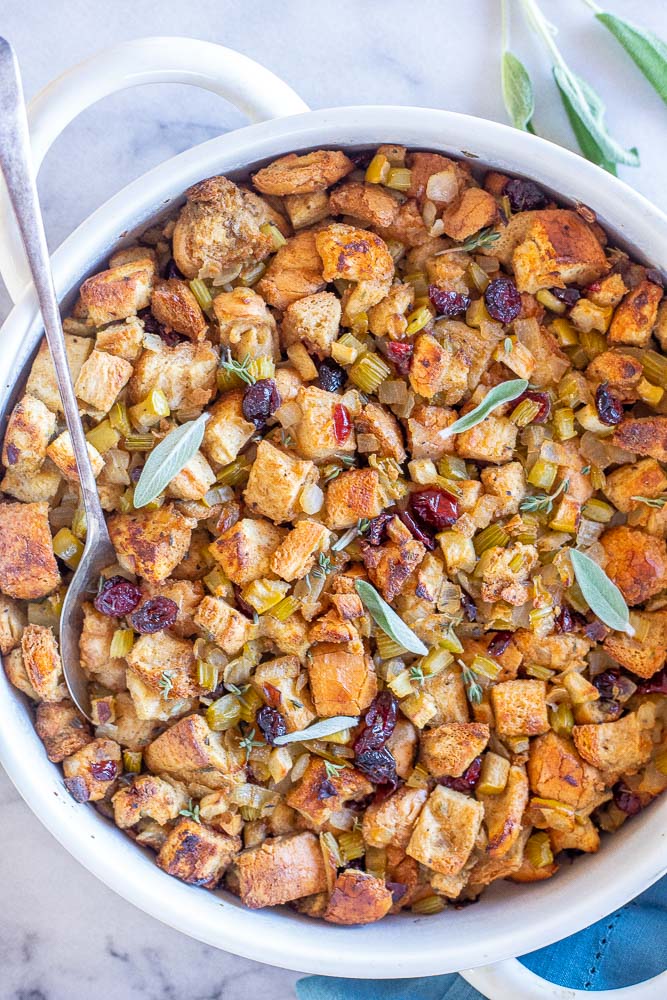 Do you like stuffing?  I feel like it’s one of those sides that some people love and others stay far away from.  We’ve always loved stuffing at our Thanksgiving dinner and my husband is especially fond of the Stove Top version 🙂  I decided it was finally time to make my own Vegan Stuffing recipe and I’m so proud of it!

Traditionally stuffing is cooked inside of the turkey cavity but most people just make it as a separate side dish these days.  And, since we don’t cook turkey for Thanksgiving it’s a perfect side dish that packs so much savory flavor. 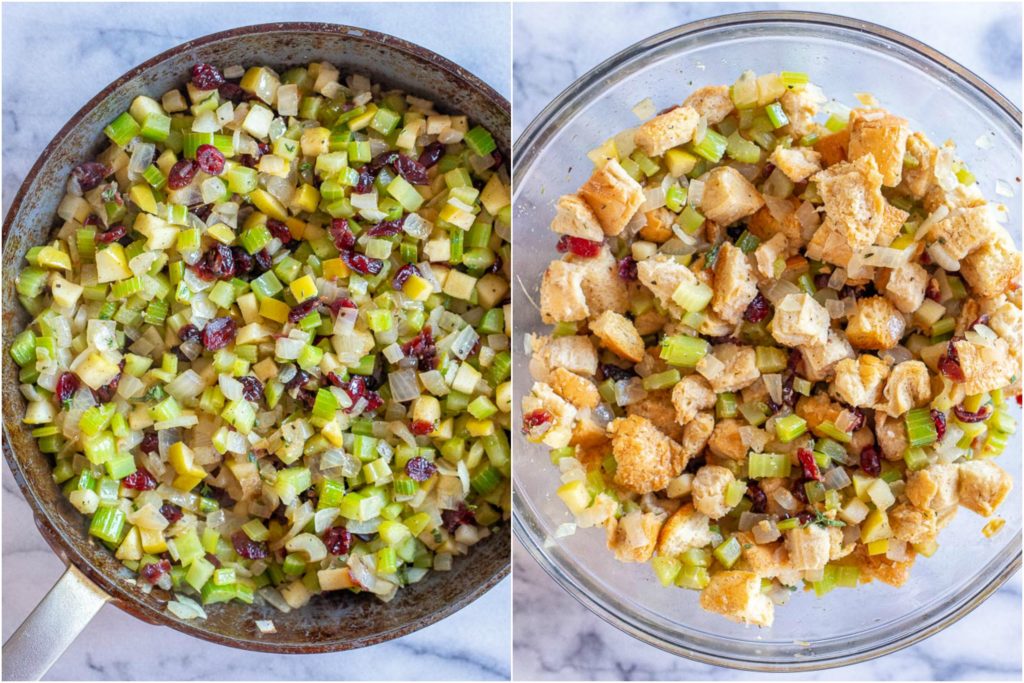 INGREDIENTS FOR MY VEGAN STUFFING RECIPE 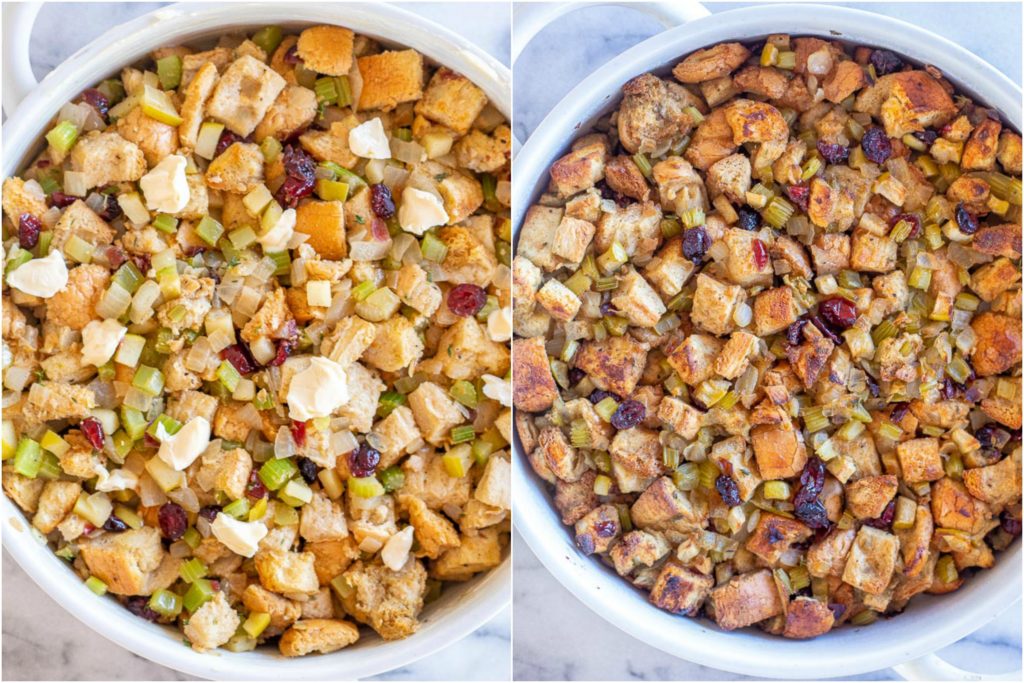 HOW TO MAKE VEGAN STUFFING

The main difference between vegan stuffing and non-vegan stuffing is that I don’t add eggs as a binder and I use veggie broth instead of a meat based broth.  There are a few steps in making stuffing but they’re all easy! 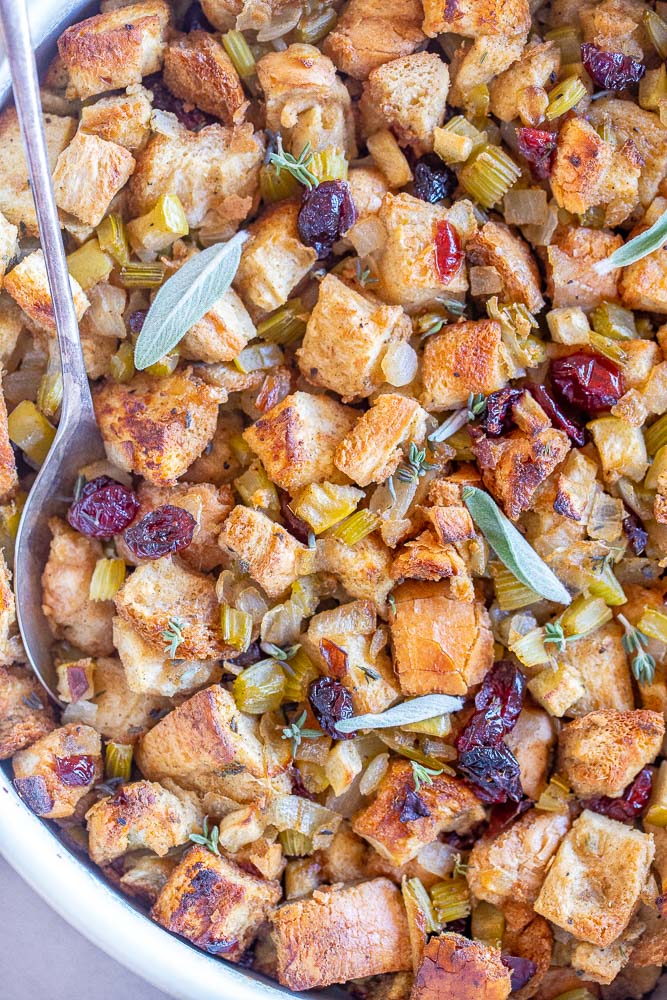 We all know how stressful it can be to cook an entire Thanksgiving dinner in one day so here are a few ways to save time cooking your vegan stuffing recipe: 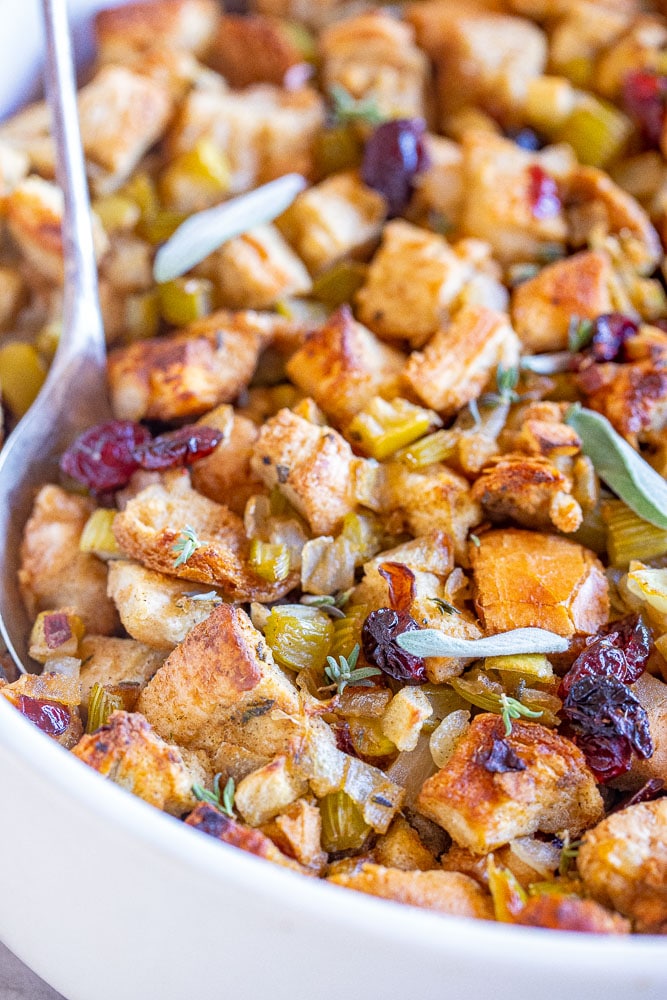 This Vegan Stuffing Recipe is packed with onion, celery, green apple and fresh sage!  It’s flavorful and the perfect vegan side dish!