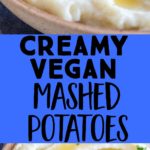 These Creamy Vegan Mashed Potatoes are easy to make and the perfect side dish for your vegan Thanksgiving table.  Both vegans and non-vegans will love them! 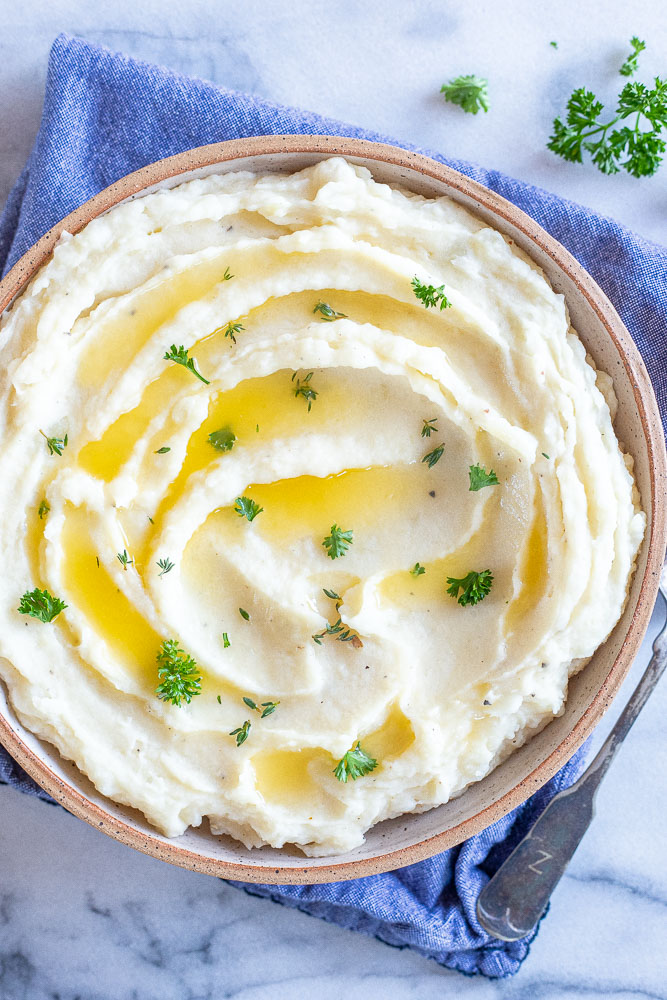 *This recipe was originally published on 11/1/18.  I have updated the recipe, photos and text.

I don’t know about you, but mashed potatoes are a must at our Thanksgiving table!  When I was younger, and much pickier, they were the only thing I would eat at Thanksgiving 🙂  I’ve been perfecting these Creamy Vegan Mashed Potatoes for years and I think you’re going to love them! 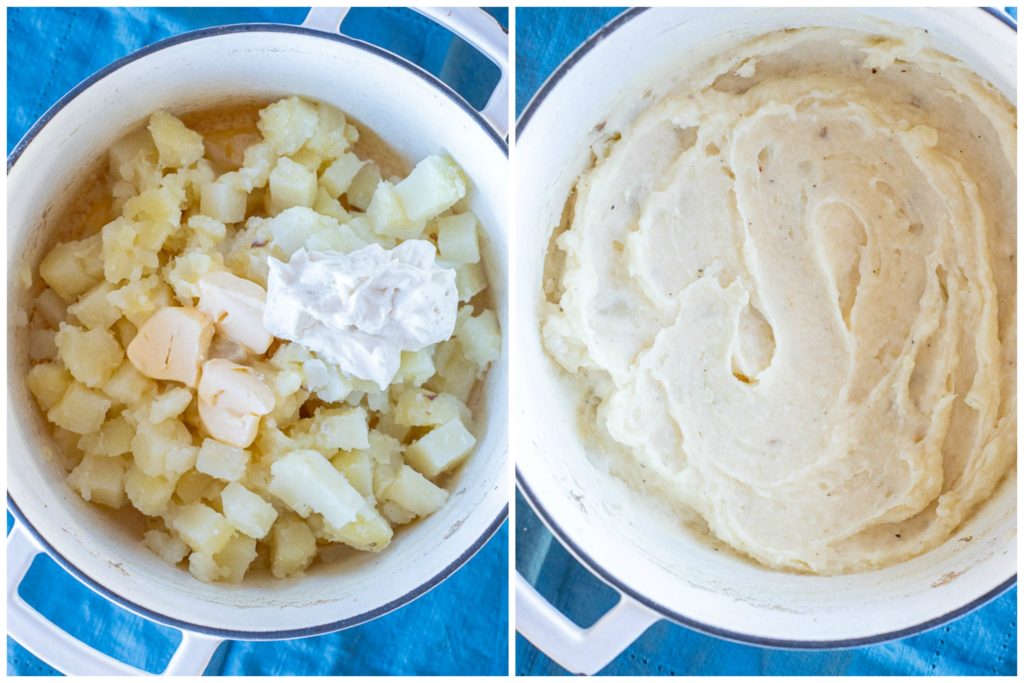 What Kind Of Potatoes Are Best For Mashed Potatoes?

Both are delicious and both make great mashed potatoes!  It’s really just a personal preference about what kind you use. 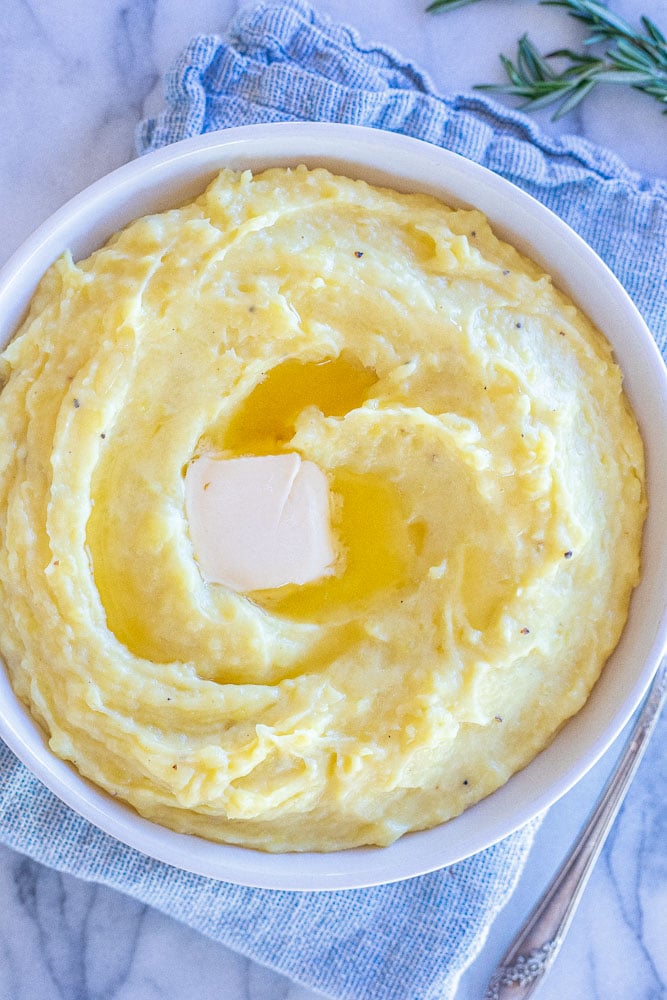 What You Need To Make The Best Vegan Mashed Potatoes 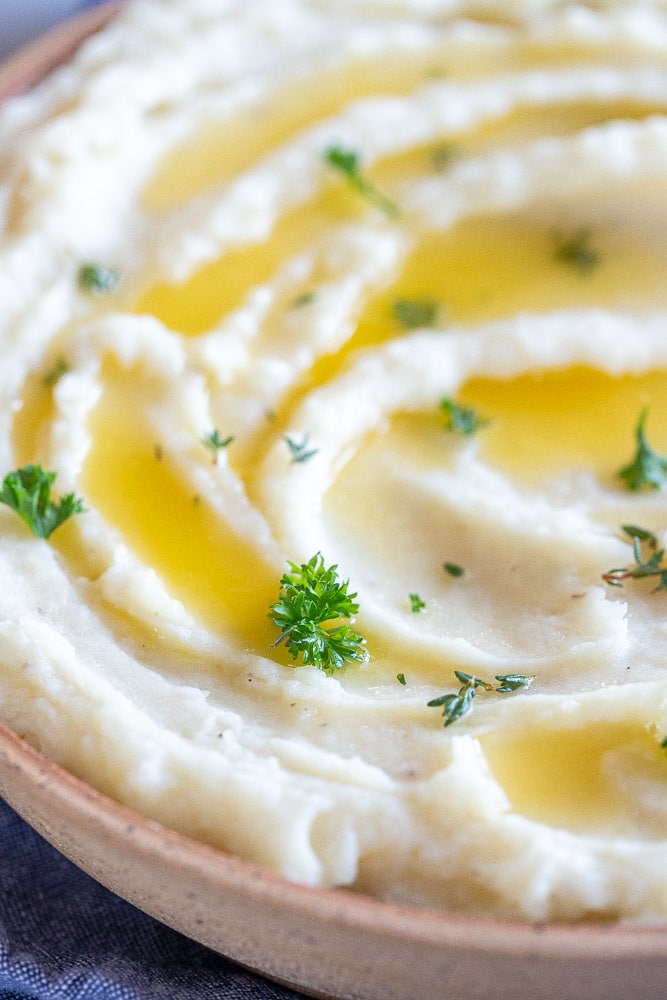 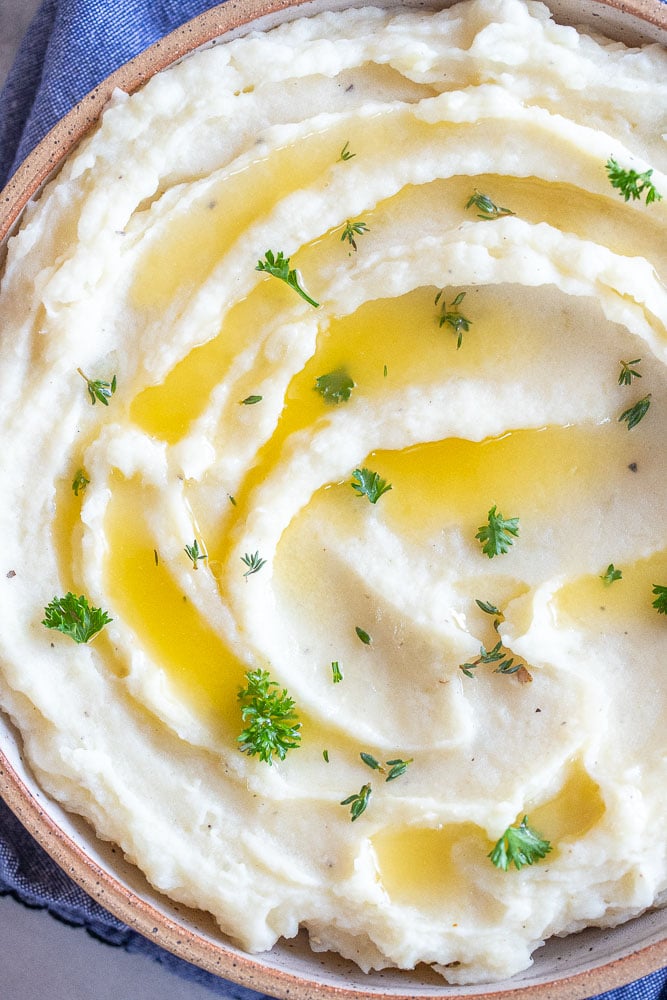 These Creamy Vegan Mashed Potatoes are silky smooth and classically flavored!  Perfect for your Thanksgiving table!

I usually skip this step, but you can melt the butter and milk together in a small saucepan and then add to the warm potatoes so that they don’t bring the mashed potato temperature down.