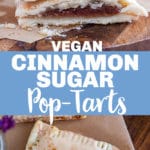 These Homemade Cinnamon Sugar Pop-Tarts are naturally sweetened using date paste and they’re so delicious!  They’re also made with a coconut oil pie crust that is so flaky and perfect. 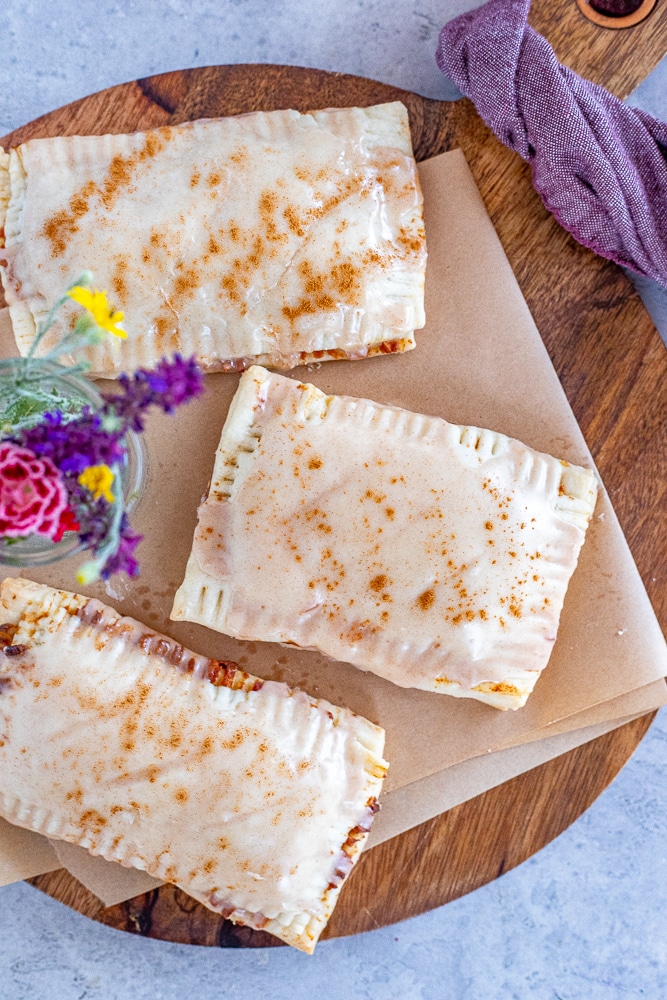 I’ve honestly never been a huge fan of packaged store-bought pop-tarts, but these Homemade Cinnamon Sugar Pop-Tarts are so much better than anything you’ll buy at the grocery store!  They’re perfectly sweet with a delicious cinnamon flavor and the vegan pie crust is flaky and delicious! 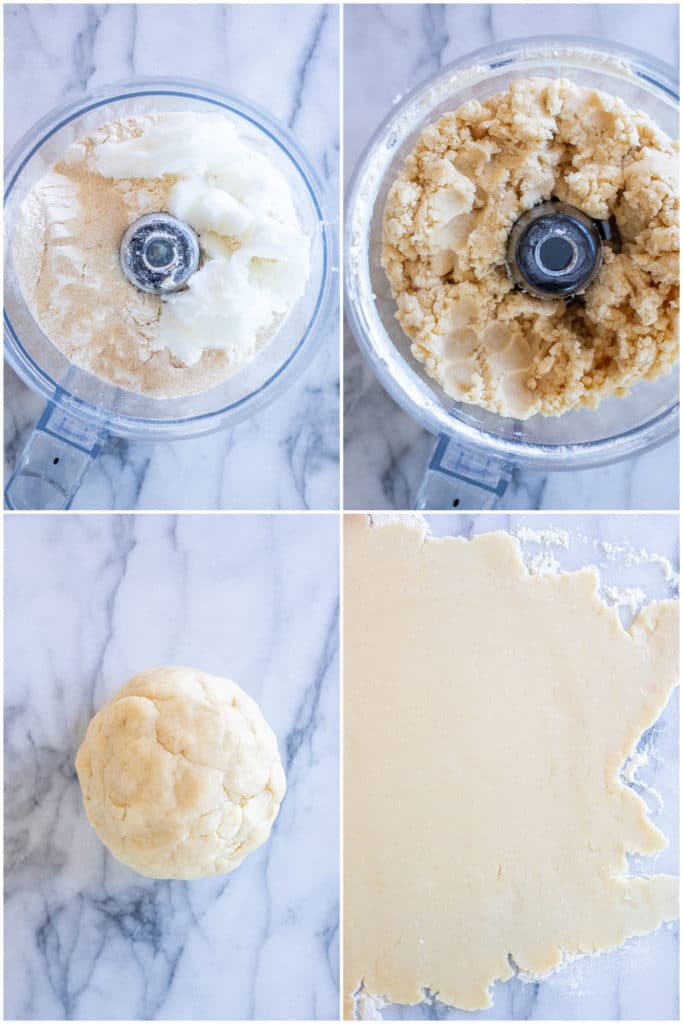 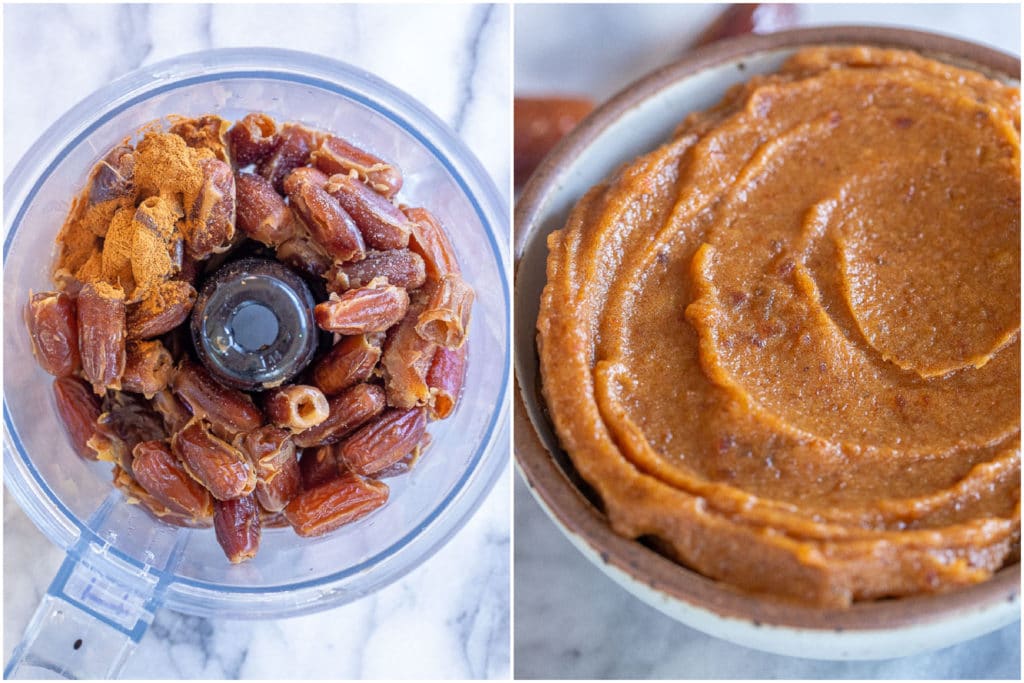 How To Make Cinnamon Sugar Pop-Tarts

Homemade Pop-Tarts from scratch might sound a little intimidating, but they’re really not that difficult to make at all! 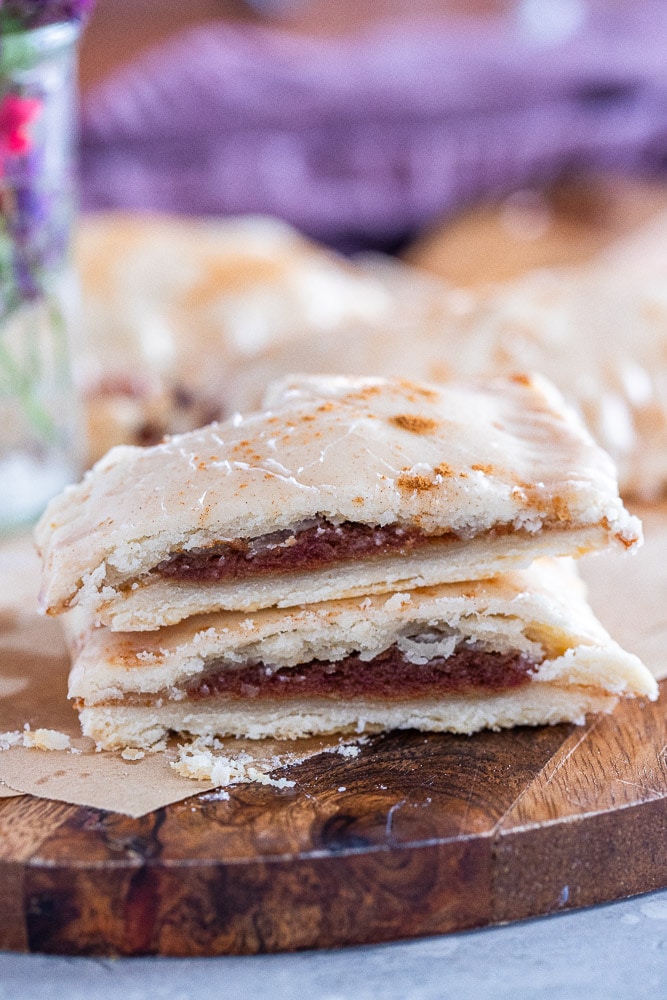 Have a question that I didn’t answer?  Ask me in the comment section below and I’ll get back to you ASAP! 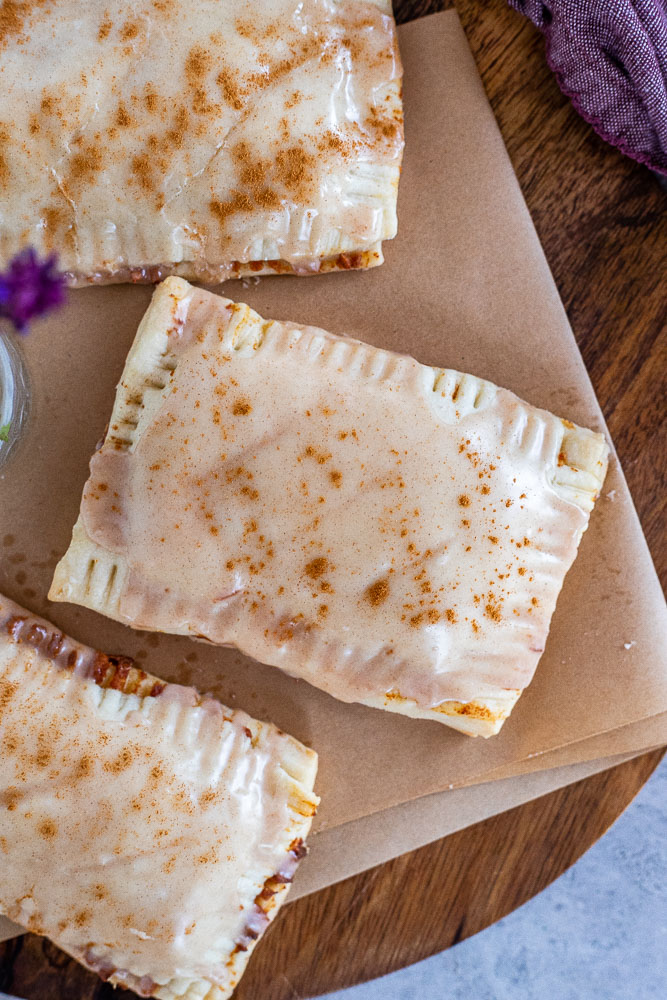 Breakfast Potatoes with Peppers and Onions 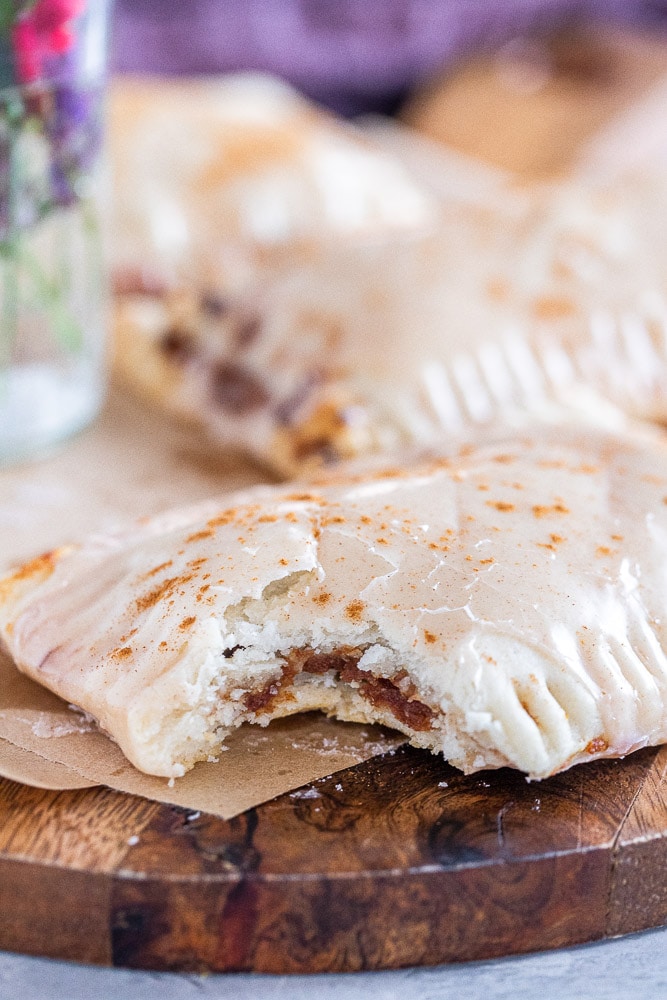 These homemade Cinnamon Sugar Pop-Tarts are filled with a cinnamon date paste and made with a coconut oil pie crust!  They’re perfect for an exciting breakfast on the go!

See above in the post for information on storing and re-heating.