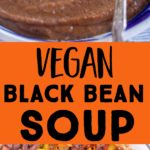 This Vegan Black Bean Soup is easy to make and packed with so much flavor!  It’s a great vegan one pot meal that can also be frozen! 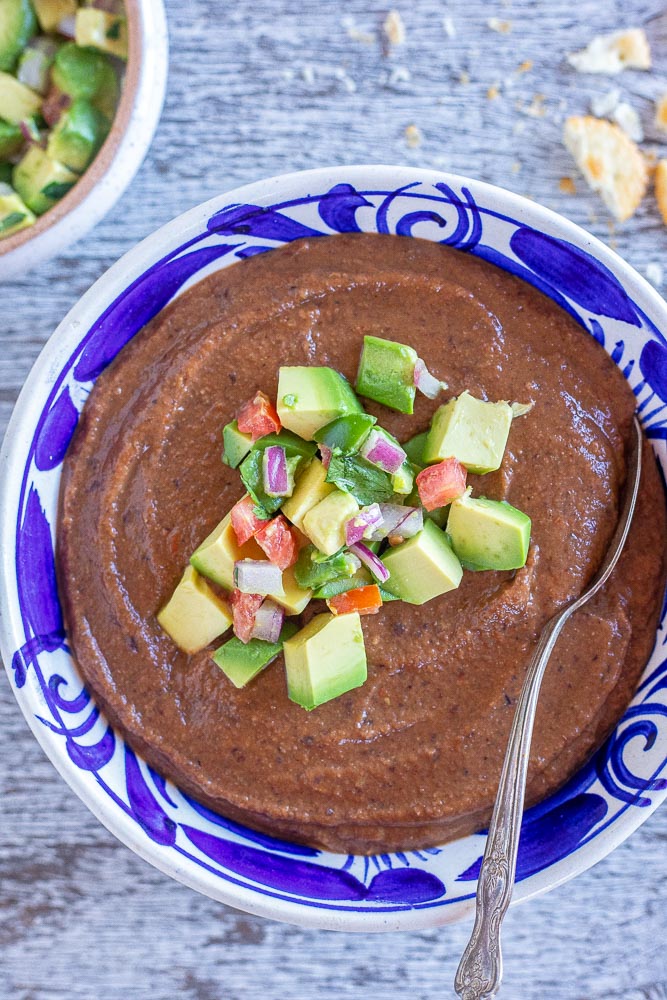 I’ve basically been living on this Vegan Black Bean Soup lately and I’m not mad about it!  I even just enjoyed my last bowl of it for breakfast 🙂  I love black beans and I love thick and creamy soups, so you can image that this is one of my favorite soup recipes.

It’s starting to get cooler outside and that means that soup weather is upon us!  Growing up, I was a big soup hater but as I’ve gotten older I’ve figured out that I love creamy, blended soups and the thicker the better!  If you like thick, flavorful soup then this vegan black bean soup is for you. 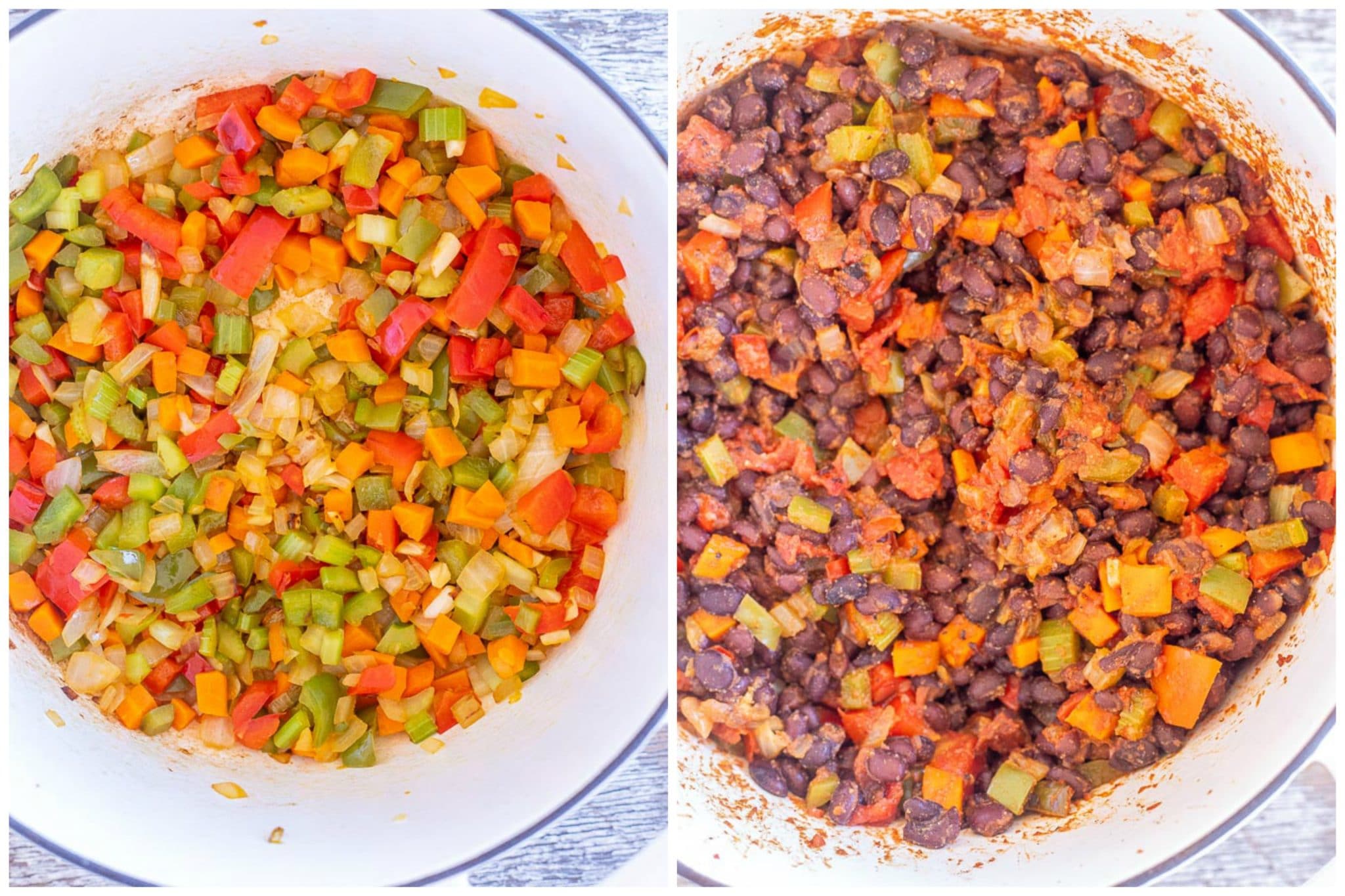 HOW TO MAKE THE BEST VEGAN BLACK BEAN SOUP

I’ve made a lot of black bean soups in the past few years and there are a few reasons why this is my favorite recipe yet: 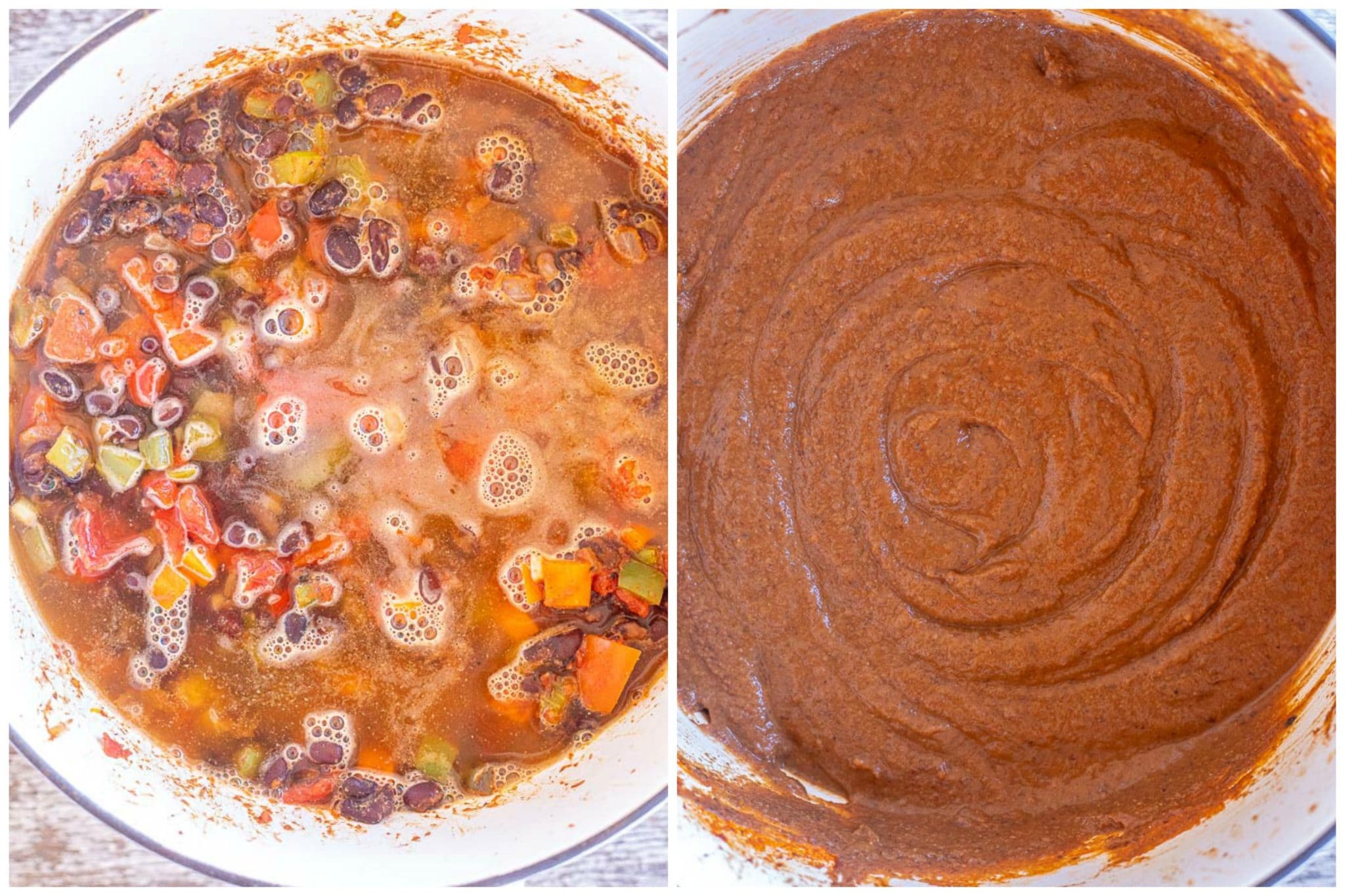 SHOULD I USE CANNED OR DRY BEANS?

It’s totally up to you!  I used canned beans because they’re super easy and I always have them on hand.  But, if you prefer to use dry beans you can do that as well.  I would suggest preparing them how you normally do and then adding them into the soup at the same time you would add the canned beans.

Unfortunately, I don’t know enough about cooking dry beans to give instructions on how to cook them  into the soup from dry. 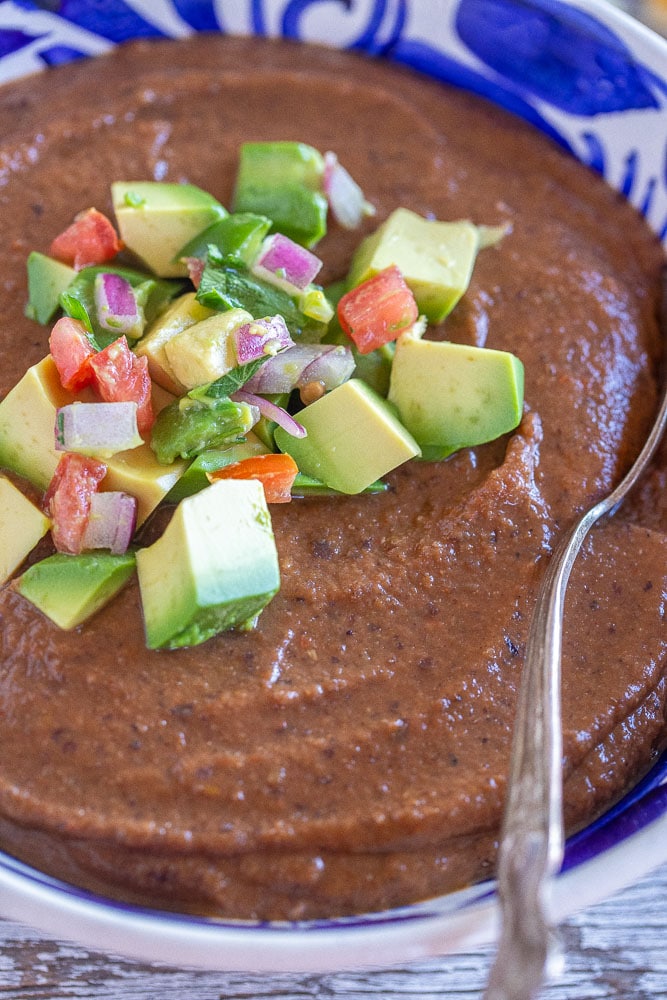 HOW TO STORE YOUR BLACK BEAN SOUP

This vegan black bean soup can be stored in the refrigerator or the freezer.  I usually eat mine in a few days so I just store it in an airtight container in the refrigerator.  But, you could also make a big batch and freeze it.  I would suggest letting it cool completely and then putting it in a freezer friendly zip lock bag.  Soup can be frozen up to 6 months.  To thaw: place on the counter or in the refrigerator until thawed and then heat up in a pot on the stove or in the microwave. 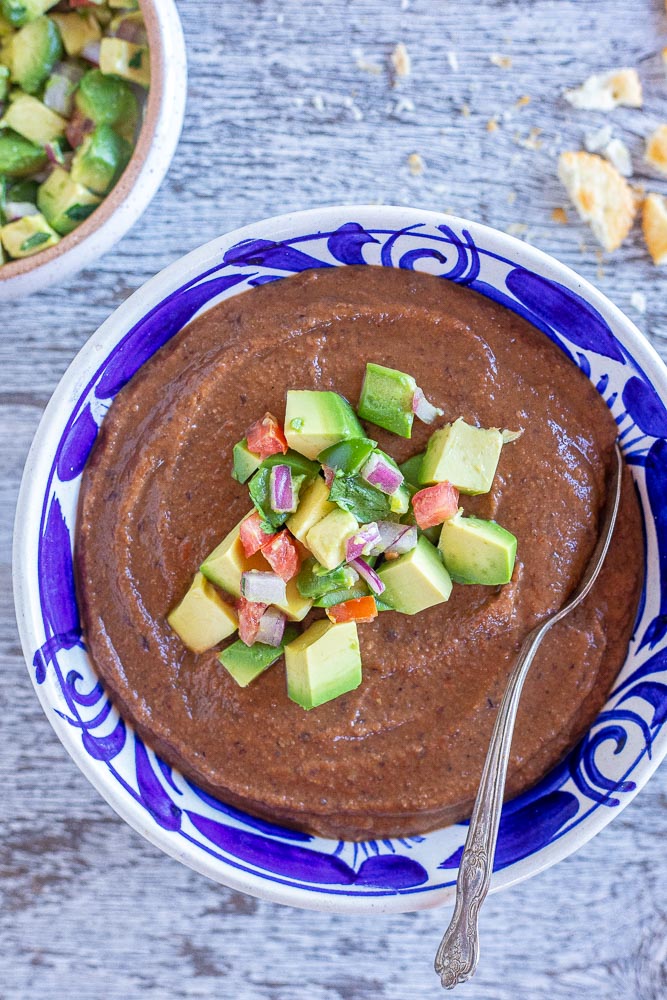 This Vegan Black Bean Soup is creamy, thick and full of flavor!

If you want a chunkier soup you don’t have to puree it.  Just enjoy it as is.